The Music of Andrew Hill - played by Patrick Boyle Quartet

Tonight's Spotlight investigates the American piano legend Andrew Hill who was a great and even groundbreaking composer and pianist. The relatively circumscribed scale of his innovations might have originally caused him to get lost in the shuffle of the '60s free jazz revolution. While many of his contemporaries were totally jettisoning the rhythmic and harmonic techniques of bop and hard bop, Hill worked to extend their possibilities; his was a revolution from within. 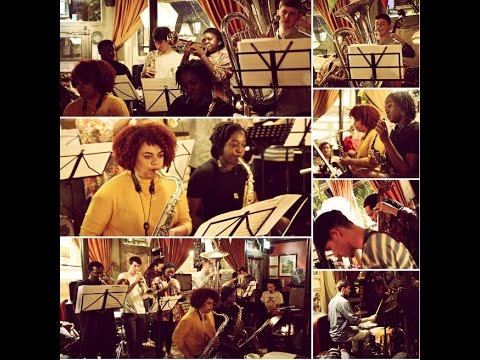 Patrick was inspired to put together this project when working with Jason Yarde, who introduced him to a lot of Andrew Hill's later repertoire. Hill had collaborated with several British musicians and left a highly regarded but arguably under sung influence on the Jazz scene here.  Andrew hill was always experimental with instrumentation so Patrick’s ensemble decided to reflect this by arranging his music without any chordal instruments.
His conception of melody, harmony and rhythm were so unique that he was categorized with the avant garde free form movement of the times. His music was avant garde in the strictest sense of the term, but it was anything but free form - as Monk was lumped into the Bebop movement because he was there, so was Andrew put in the freedom bag. His music was free of cliché, but that was the extent of it.

MONDAY - THURSDAY 11pm-3amFRIDAY - SATURDAY 1am-3amEntry: £10 in advance; £12 on the door; £6 Students (with ID); FREE entry to MU, Club members and main show ticket holders
In 1959, saxophonist Ronnie Scott opened the door to a small basement club in London’s west end where local musicians could jam. Today, it is one of the world’s most famous jazz clubs attracting packed houses and the biggest names in jazz and popular music and Ronnie Scott’s welcoming, stylish setting is also home to London’s coolest late night hang.

Tell us what you think of The Music of Andrew Hill - played by Patrick Boyle Quartet below..