Simon Thorpe brings the full 9-piece line-up back to Ronnie Scott’s. London's premier swing band, now in their 23rd year, will be playing great songs from Gershwin, Cole Porter and Irving Berlin as well as classics from Basie, Ellington and others. A guaranteed swinging session! 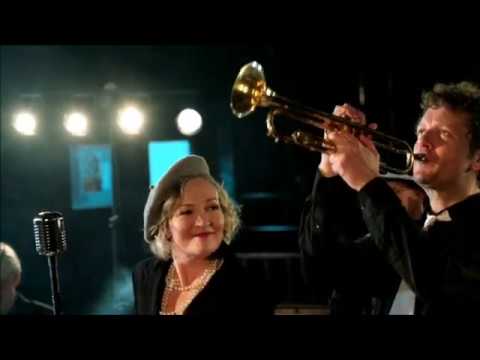 Twice nominated for a British Jazz Award, Simon is one of Britain's best-known jazz bass players. In addition to recording and touring with artists like Stacey Kent, Bobby Wellins, Elaine Delmar and Alan Barnes, he has also written music for a BAFTA-winning film, for the theatre and for BBC TV.

Liz started her career in theatre and dance but soon moved into singing and has become one of Britain's best known jazz vocalists, recently starring in a Nina Simone show at London's Cadogan Hall.

As a young trumpeter Enrico played for Louis Armstrong several times, and they remained friends for the remainder of Louis’ life. He has since played with Scott Hamilton, Ken Peplowski, Bucky Pizzarelli and John Dankworth. His first recording as a sideman was in 1984, and today he is considered one of the top jazz trumpeters having won a British Jazz Award six times.

Multi-award-winning sax star who regularly appears at Ronnie Scott's, Alex is a great character and performer who has played with, amongst countless others, Wynton Marsalis, Van Morrison and the Rolling Stones.

Malcolm has toured with Bryan Ferry and many other top names as well as lecturing in Jazz at Trinity College. He's a master of early jazz styles and plays and sings in many ensembles.

Luke is a great exponent of both sax and clarinet, has toured and recorded with the John Wilson Orchestra, and leads his own quartet. He is now also a highly regarded music therapist and academic.

Professor of guitar at Trinity College, there's no finer UK jazz guitarist than Colin, both as a solid and supportive rhythm player and a superb soloist. He features on many CDs by Stacey Kent, Japanese pianist/singer Eriko Ishihara, and the John Wilson Orchestra.

John Pearce is a wonderful pianist whose jazz work has taken him all over the world. He has accompanied many great singers, including Anita O’Day, Peggy Lee, Elaine Delmar, Annie Ross, Mark Murphy and a multitude of instrumentalists like Art Farmer, Woody Shaw, Warren Vache, Eddie Daniels, Ken Peplowski and Ronnie Scott.

Matt is the regular drummer with the John Wilson Orchestra, and played recently in West End productions of Gypsy and An American In Paris. He’s played on many film soundtracks and he co-runs the Skelton-Skinner All-Stars big band.