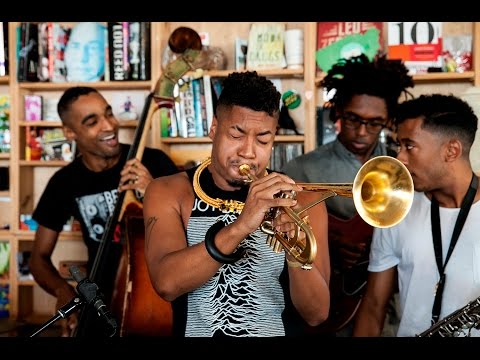 Two-time Edison Award–winning and Grammy-nominated Christian Scott aTunde Adjuah—trumpeter, composer, producer, and designer of innovative instruments and interactive media—released three albums in 2017 to commemorate the 100th anniversary of the very first jazz recordings of 1917. Collectively titled The Centennial Trilogy, the series is at its core a sobering re-evaluation of the social and political realities of the world through sound. It speaks to a litany of issues that continue to plague our collective experiences: slavery in America via the prison–industrial complex, food insecurity, xenophobia, immigration, climate change, sexual orientation, gender equality, fascism, and the return of the demagogue. 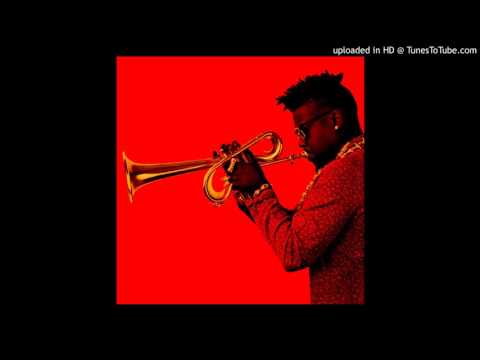 The first release in the trilogy, Ruler Rebel, vividly depicts Adjuah’s new vision and sound, revealing him to the listener in a way never heard before by way of a completely new production methodology that stretches trap music with West African and New Orleanian Afro­–Native American styles.

Diasopora (released on June 23) Stretches everything from the rhythms of the New Orleans and the Caribbean to the soundscapes and textures of Nordic Pop, Alt Rock, Japanese Traditional Music, Afro beat and beyond.

The Emancipation Procrastination, (released October 2017 and Grammy Nominated in 2018) is the third and final chapter in the trilogy, deals directly with the social and political issues of the day. Rather than descend into identity politics, Adjuah sees in New Orleans many disparate cultures in one space being underserved and exploited. His worldview is not just New Orleans, as he has traveled and toured the world for almost 20 years, starting as a child in some of the most revered jazz groups of the day (McCoy Tyner, Donald Harrison, Eddie Palmieri..).

Heralded by JazzTimes magazine as “jazz’s young style God” and “the architect of a new commercially viable fusion,” Adjuah is the progenitor of Stretch Music, a genre-blind musical form that stretches the rhythmic, melodic, and harmonic conventions of jazz to encompass many musical forms, languages, thought processes, and cultures.

‘I’m not interested in harming anyone. I have a responsibility as an artist to create a space where people feel welcome. When I walk outside this hotel room, that is not the reality. There is a difference when music is made with love. When people come into my space they are going to feel that. We are trying to figure out a way to treat each other better. We are all responsible for healing each other.‘ – Christian Scott aTunde Adjuah

The vision of Christian Scott aTunde Adjuah is clear – that this is an opportunity for all of US to come together and address issues that affect ALL of us. Emancipation Procrastination means that we all have an opportunity to liberate ourselves from old world ideas. Let the healing begin

Brothers Testament are a groove based jazz fusion band from London. Consisting of Mark Mollison, Hugo Piper, Jack Robson and Munashe-Caleb Manyumbu, their sound amalgamates powerful grooves and stirring melodies whilst also being rooted in the jazz tradition. Brother’s Testament perform from the heart and emphasise and embrace improvision so that the set manifests organically on stage differently each time.

Last year saw the release of Ascent,  their debut EP that slowly gained traction and garnered acclaim from the wider jazz community in London.

Oh my! This is absolutely kicking! - Chris philips - Jazz FM"

Tina Edwards, founder of EZH magazine, Worldwide.fm presenter and broadcaster and host of the 'Supreme Standards' podcast provides the warm up for Christian Scott on 21st March only.