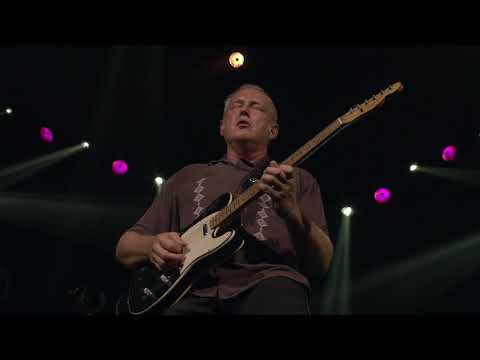 How do you measure a person’s life? There are a lot of metrics; success, awards, wealth, to name a few. But there are other ways to leave a legacy. It isn’t always having the right answer for every occasion. What if we evaluated our lives not by the answers we give but by our questions? The deep things we ask ourselves if we are brave enough to try.

Eric Bibb puts those queries to music, singing, “Am I the change I long to see?”

It is easy to point to Eric’s accomplishments. A five-decade career recording with folk and blues royalty. Two Grammy nominations and multiple Blues Foundation awards. A following that not only crosses borders, it crosses continents. But what Eric Bibb is after is much, much larger than that.

To meet Eric is to be struck by both his humility and his warmth. There is no pretense in him. He is remarkably centered, his convictions based in the values of the civil rights movement of the sixties. Eric’s music works in service of that dream, holding out a hope for a new world. He challenges us to do better, to reach higher, and strive harder. Like Mavis and Pops Staples, he wants to take us there.

Eric carries this mantle honestly. His father, the late Leon Bibb, was an activist, actor, and folk singer who marched at Selma with Dr. Martin Luther King. Eric’s youth was spent immersed in the Village folk scene. Names like Dylan, Baez, and Seeger were visitors to his home. He was deeply influenced by Odetta, Richie Havens, and Taj Mahal. And he has synthesized all of that into his very own style.

Eric is an artist who preserves the best traditions of pre-war blues, even while he expands his own oeuvre. Marketing tags him as a bluesman, but troubadour is the word that best describes him. He slides neatly between genres as he builds bridges with musicians from the UK and Europe, pickers from North America, and Kora players from West Africa. His collaborations with the likes of Michael Jerome Browne, JJ Milteau, Danny Thompson, and Habib Koite have produced music that is both ecstatic and exquisite.

Fortunately for us, Eric shows no signs of slowing down. He has, of late, been touring a stage show he developed entitled Tales of a Blues Brother. The program intersperses photographs and film clips with gripping oral tradition and rapturous song, tracing Eric’s personal journey through the heady days of the sixties folk music and civil rights movements. In one moment he manages to entertain, educate, and motivate us. Eric provides a grounding in the truth which we desperately need in these days of rancor. Avision we need in a world of divisive rhetoric and veiled allusions to “the other.”

Of course, there is more to him than even those laudable ideals. Proud father of six, and husband to Ulrika Bibb (a fine singer in her own right), Eric brings a humanity and sense of humor to his work. Listen to the playful “She Got Mine” or the simple joy of “The Happiest Man in the World” or the sublime pleasure of his articulate finger-picking on any number of songs. There are treasures here for everyone.

“When I think about my musical journey so far, I’m mostly grateful and amazed at where and who I am today. I also realize how many musical dreams of mine have come true.Listening to my earliest recordings I’m immediately aware of how my voice and guitar playing have evolved. I keep getting closer to the goal, even though the goalposts seem to continually move,” Eric remarked recently.

Eric sings of the Freedom Train. He believes it. He lives it. He wants to take us on that ride. I got on the Bibb train in 2008. Maybe you already have your ticket. But if you haven’t, no need to worry. There’s still time to get on board.

On My Way To Bamako - https://youtu.be/xWsGTtOcx6I

A selection of top singer/songwriter/guitarists will support the great Eric Bibb this week. Michael Jerome Browne on monday and tuesday, Martin Harley on Wednesday and John Smith on the thursday and friday.