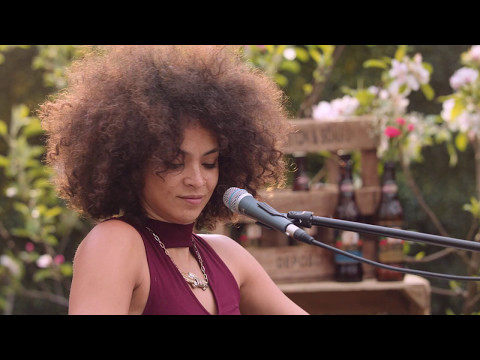 Prince once said Kandace Springs “has a voice that could melt snow.” The legend heard her cover of Sam Smith’s “Stay With Me” online in 2014 and invited her to perform at Paisley Park for the 30th anniversary of Purple Rain, becoming a mentor to the singer and pianist. Kandace’s 2014 self-titled EP turned more heads leading to performances on Letterman, Kimmel, Fallon, and the Afropunk and Bonnaroo festivals. Okayplayer called her as “a vocal force to be reckoned with.”

Kandace’s 2016 debut album Soul Eyes produced by Larry Klein presented a remarkably mature artistic voice and touched upon soul and pop while channeling her jazz influences and her Nashville upbringing. The Guardian marveled that “she has a rare ability that can’t be taught – to sound like an old soul, just doing what comes naturally.” 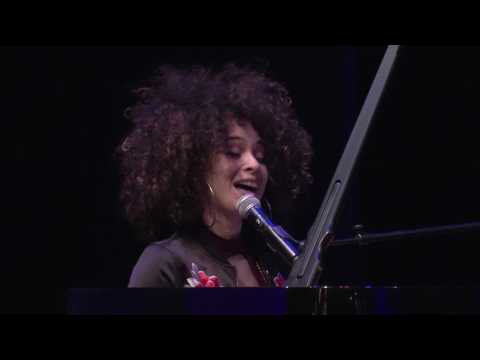 Kandace’s 2018 album Indigo produced by Karriem Riggins showcased the full breadth of her artistry swirling classical composition with quiet-storm cool, jazz poise with hip-hop swing, tropical warmth with soulful depth. Rolling Stone wrote that Indigo “recalls an era when the boundaries between jazz, soul and pop were more fluid,” while The Wall Street Journal raved “the soulful pianist and vocalist is self-assured, distinctive and strikingly contemporary.”

Kandace draws much of her musical inspiration from her father, Scat Springs, a respected session singer in Nashville. Yet as a girl, she was equally interested in other creative outlets, especially visual art and automobiles. “My dad gave me a Matchbox car, and my mom gave me a Barbie. I drew a mustache on the Barbie and never played with it again, and I still have the Matchbox car.” (Her obsession with cars, which she collects, rebuilds, and resells, continues to this day.)

Kandace began gigging around Nashville, and eventually her demo caught the ears of Evan Rogers and Carl Sturken of SRP who flew to Nashville with an offer. Still only 17, her family decided it wasn’t the right time to pursue a recording career, instead taking a job at a Nashville hotel where she valet parked cars by day and sang and played piano in the lounge at night. Later on, Kandace was considering automotive design school when her mother suggested that she get back in touch with SRP. She eventually auditioned with Blue Note President Don Was, winning him over with a performance of Bonnie Raitt’s “I Can’t Make You Love Me,” the original of which he had produced.