The Basin Street Brawlers are: 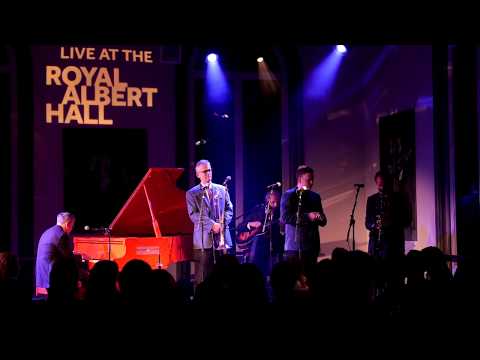 eter Horsfall is an acclaimed trumpet player, vocalist and songwriter based in the UK. A vibrant and formidable presence on the London jazz scene, Peter has developed a reputation as a consummate bandleader and an innovative producer.
​
Peter's latest album Nighthawks received critical acclaim, including a four star review in the Guardian. Described by All About Jazz as 'one of the year's most original releases', the record was featured on BBC Radio 2, BBC Radio 3 and Jazz FM.
Peter performs at many prestigious venues and festivals throughout the world. These include The Lincoln Center (NYC), Ronnie Scott's Jazz Club, Sunset/Sunside (Paris), North Sea Jazz Festival (NDL), the Cadogan Hall, London Jazz Festival, The Jazz Cafe, Cheltenham Jazz Festival, the Southbank Centre, La Spezia Jazz Festival (IT) and many more.
​
In addition to his solo projects, Peter is also a member of the Kansas Smitty's House Band and leads the traditional jazz ensemble Basin Street Brawlers.

Peter Horsfall’s Basin Street Brawlers present ‘The Sunday Service’. Listen to the band swing the spirituals with their unique blend of vocal harmony and dixieland groove.

The Basin Street Brawlers are acclaimed as 'London's top hot jazz ensemble' (visitlondon.com). Formed in 2014, this band of 'world class' (BBC) musicians have brought audiences around the world the beautiful melodies and raucous rags of the 1920s and 1930s. The ensemble regularly give concerts at the UK’s most prestigious jazz and chamber music venues, including the Royal Albert Hall’s Elgar Room, Ronnie Scott’s Jazz Club and the Holywell Music Room. They toured the UK in 2016 with the New York City ragtime pianist Terry Waldo, in addition to many festival and jazz club appearances.The Brawlers have also featured as guest artists on national radio including BBC Radio 3 (live from the Southbank Centre) and BBC Radio 2.

“All the energy and assurance of a bunch of Kansas City Veterans.” The Sunday Times

Tell us what you think of SUNDAY JAZZ LUNCH: âThe Sunday Serviceâ with Basin Street Brawlers below..