Now one of Mali’s musical elders, Salif’s album Soro was one of the records that really broke African music in the UK in the late ’80s. Formerly the vocalist with the legendary supergroup Les Ambassadeurs, his golden voice retains the power to both thrill and chill in equal measure.

Salif Keita, the most adventurous, gloriously soulful male singer-songwriter in Africa, has decided to retire at 69 – at least from recording. This is his 14th studio album, and, he says, his last, after an extraordinary career in which he has transformed the music of the continent. Since his days with Mali’s legendary Rail Band, his solo work has included everything from the electronica and keyboard-backed breakthrough solo set Soro in 1987, to less happy jazz funk albums, exquisite semi-acoustic sets Moffou and M’Bemba, and a collaboration with Gotan Project’s Philippe Cohen Solal, who produced his last offering, Talé, six years ago. The title of this final album translates as Another White, in reference to his early struggles as an albino musician (also the theme of his 2009 album La Différence). Although it includes the autobiographical Lerou Lerou, it is dominated by praise songs – to God, mothers, hunters and … a friend who gave him a plane.

What makes Un Autre Blanc distinctive and special is Keita’s vocal work. He is on compelling form throughout, from the soaring, pained anti-war song Syrie to the magnificent Tiranke, on which he switches from thoughtful passages to bursts of controlled power, with backing provided by ngoni and his own acoustic guitar. If this truly is his last recording, he’ll be badly missed. Robin Denselow (The Guardian)

To me he is one of the most important voices in African music, combining traditional Malian rhythms, instruments and with his distinctive golden vocals to crossover audiences worldwide, for over four decades. Born of royalty to be outcasted for being born with albinism, then becoming a musician which was frowned upon for his royal status yet when you’re against all odds you become a fighter and that is a true royalty & artistry. A Legend! Marshmello (NTS Radio)

Salif Keita is one of 3 or 4 major figures who established Mali as one the countries richest in music in the world. His quicksilver voice is steeped in centuries old tradition , but his sense of style , innovation and grace has illuminated a 40+ year career of sublime recordings and inspiring performances. Justin Adams (Robert Plant/Tinariwen)

Without a doubt the modern day "Golden Voice Of Africa" and always a great live performer. I only truly appreciated the genius of Salif Keita after his 'Moffou' album in 2002 - haunting, reflective, uplifting and spine-tinglingly soulful. Quinton Scott (Strut Records)

Salif Keita is one the Real Giants Of African Music. His name came be uttered in same breath as Fela Kuti, Hugh Maskela, Ali Farka Touré and Miriam Makeba, but Salif is still alive and kicking and performing. He is today as ever still delivering relevant and crisp music. Overcoming enormous personal difficulties to literally stride the world with his distinct sweet songs so redolent of Bamako, with a truly international appeal and with a voice so unique in its tones. His influence since the late 1970’s brought Malian musical flavours to the world’s attention. And for that we must be eternally grateful. Stephen Budd (Co Founder, Africa Express) 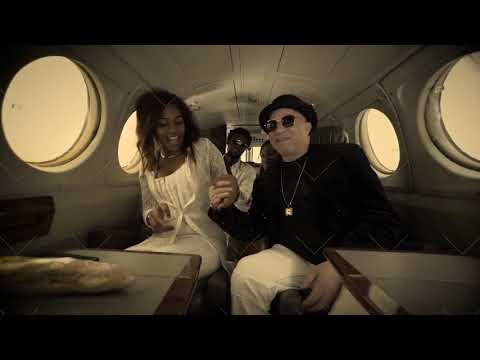 Douglas Noble (DJ Doug) has been DJing since the early 90s pursuing a passion for a vinyl-fuelled  exploration of the groovy place where Latin, Caribbean and African sounds meet Disco, Funk, Soul and EDM. He runs the ever-popular Feet to the Floor nights in Whitstable, as well as the near legendary High Life parties, and is part of the RPM vintage vinyl collective. He has supported Seckou Keita, Quantic & the Orchestra Barbaro, Family Atlantica  and Sona Jobarteh, appeared at a number of  festivals including Camp Bestival, Lounge on the Farm and Global Picnic, and venues across the SE. Mixes, re-edits and guest radio-sets can be found at https://soundcloud.com/kalabash_edits

Tell us what you think of Salif Keita, Support: DJ Doug below..