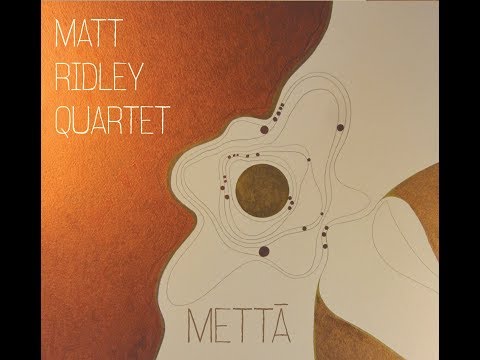 Following on from two critically acclaimed albums on the Whirlwind Recordings label, accomplished bassist and composer Matt Ridley strikes out again with a new quintet featuring some rising stars of the UK jazz scene. Ridley is joined by his go-to drummer of 8 years, George Hart, longtime collaborator Ant Law, and the recent pairing of Tom Hewson on piano and the young Alex Hitchcock on saxophones. This gig heralds the arrival of a new clutch of compositions, which bear the Ridley hallmark memorable themes, pulsating grooves and plenty of space for improvisation.

A true devotee of his instrument, discernible influences on his playing span the last 60+ years of jazz history, to include Ray Brown, Ron Carter, Gary Peacock and Dave Holland, as well as more modern players such as Christian McBride and Larry Grenadier.  As well as being exceptionally studied, his outlook is also forward looking and individual, his own music representing a unique melange of contemporary jazz, classical music and world music.Based in London, he has performed internationally and at many of the UK's most prestigious venues such as the Purcell Room, Cadogan Hall, Ronnie Scott’s, King’s Place, the Barbican, and the O2 Arena.Matt is actively involved in education and has led workshops and masterclasses at conservatoire level, taught on residential jazz courses, (including Glamorgan and Michael Garrick's Jazz Academy) and more recently on Sound and Music's 'Young Composers' Summer school. He also teaches privately from home and via Skype, and welcomes tuition inquiries from dedicated students of music.

Tell us what you think of Matt Ridley Quintet presented by Alex Garnett below..