Multi-Grammy Award winning artists Robert Sput Searight and Nate Werth take percussion out of the shadows and into the spotlight with their new project, Ghost-Note. World renown for their ongoing catalog with international sensation Snarky Puppy, this dynamic duo expands their rhythmical voice into a celebration of music in all its forms. This is music that takes listeners on a mind-blowing journey, inspired by the influences of James Brown, J Dilla, and the Beastie Boys, all the way to folkloric West African, Afro-Cuban, and Brazilian samba grooves. 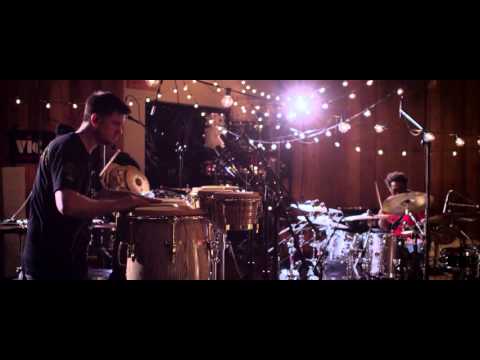 Ghost-Note’s first record, Fortified, which debuted at #1 on the ITunes Jazz charts in 2015, not only showcases Searight and Werth’s unique duo approach to rhythm, but it also highlights a phenomenal community of Dallas musicians. Fortified includes features by Shaun Martin, N'Dambi, Mark Lettieri, Caleb McCampbell, Jason “JT” Thomas, RSVP, and Nick Werth, and guest appearances by Cleon Edwards, Taron Lockett, Marcelo Woloski, Wes Stephenson, Bob Lanzetti, A.J. Brown, and Sylvester Onyejiaka. In addition to touring across the United States, Ghost-Note will tour in europe for the first time in Fall 2018 with their second album to be released in April 2018.

Ghost-Note is an instrumental explosion like you’ve never heard before — prepare yourselves for a neck breaking and booty shaking night that will keep you on your feet all night long.

Fresh out the doors of 2018 Red Bull Music Academy - Singer, saxophonist, and multi-instrumentalist, Quinn Oulton brings his unique home-brewed songwriting concoctions to life, alongside his explosive powerhouse of a live band.
Engrossed in the world of jazz from the age of 8, Quinn blends his harmonically rich saxophones, and colourful textures of guitars and percussion with an honest and deceivingly innocent approach to the art of songwriting, deriving from the likes of John Martyn and Jeff Buckley.

The bands tech is:

Tell us what you think of Ghost-Note (Late show tickets available), +support: QUINN OULTON below..