Gwilym Simcock is one of the most gifted pianists and imaginative composers on the European scene. He moves effortlessly between jazz and classical music, with a ‘harmonic sophistication and subtle dovetailing of musical traditions’. Gwilym has been hailed as a pianist of ‘exceptional’, ‘brilliant’ and ‘dazzling’ ability, and his music has been widely acclaimed as ‘engaging, exciting, often unexpected, melodically enthralling, complex yet hugely accessible', and above all 'wonderfully optimistic’. 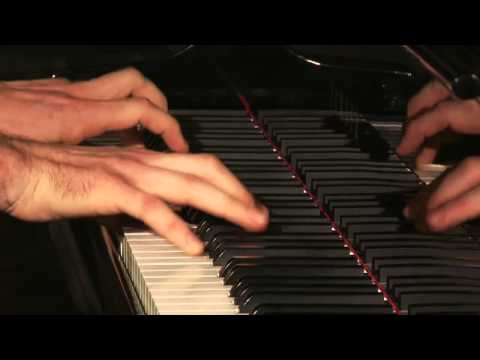 Gwilym’s influences are wide ranging, from jazz legends including Keith Jarrett, Chick Corea, Jaco Pastorius and Pat Metheny, to classical composers including Maurice Ravel, Henri Dutilleux, Béla Bartók and Mark-Anthony Turnage. Although principally a jazz artist, Gwilym has composed numerous works for larger Classical ensemble that combine through-composed elements with improvisation, creating a sound that is distinctive and very much his own.

In the last few years, Gwilym has become renowned for his solo performances, releasing a critically acclaimed album 'Good Days at Schloss Elmau' in 2011 and touring throughout Europe and to places as far afield as Australia, the USA, Canada, Korea and China to name but a few. Gwilym has toured extensively with the cream of British and international jazz artists including Dave Holland, Kenny Wheeler, Lee Konitz, Bill Bruford’s Earthworks, Bob Mintzer and Bobby McFerrin. He co-leads the Anglo-American Supergroup 'The Impossible Gentlemen' with British Guitar legend Mike Walker, Steve Rodby and Adam Nussbaum. He has toured with Classical virtuoso Nigel Kennedy. He is currently on tour with Pat Metheny, Antonio Sanchez and Linda Oh.

Gwilym's career is unique in spanning a huge range of musical settings, and the fact that he was the first BBC New Generation Artist from a Jazz background, and that his album “Good Days at Schloss Elmau” was an album of the year in 2011 at the prestigious British music award the 'Barclaycard Mercury Prize' is testament to this. He has performed with orchestras, choirs, big bands, dancers as well as performing with musicians from diverse backgrounds including the classical, jazz, folk and rock traditions. Gwilym has also written music that has appeared on Television and on stage, most recently composing the music for an adaptation of Edward Albee's classic 'A Delicate Balance' at the Almeida theatre in London. He has frequently appeared on British television and radio and was guest presenter on “Saturday Classics” and guest on “Composer of the Week” on BBC Radio 3, and mentored and accompanied the finalists at the BBC Young Jazz Musician of the Year awards on BBC 4 TV in both 2014 and 2016.

Gwilym has lead and recorded a variety of different projects. His debut album “Perception” was nominated for Best Album in the BBC Jazz Awards 2008 and has been critically acclaimed at home and abroad. Subsequent albums have featured various projects, and have been universally praised with reviews citing his work as "sublime", "flawless", "impressive" "a marker that few others are likely to equal".

Awards include 'Best Band' at the Perrier Award, 'Rising Star' at the BBC Jazz Awards and the British Jazz Awards, and both “Jazz Musician of the Year” and "Best Band" (with The Impossible Gentlemen) at the Parliamentary Jazz Awards. His impressive formal education includes Trinity College of Music (London), Chetham’s School of Music (Manchester) – where he studied classical Piano, French Horn and composition - and the Royal Academy of Music (London) where he graduated from the jazz course with first class honours and the coveted 'Principal's Prize' for outstanding achievement. Gwilym is Professor of Jazz Piano at the Royal Academy of Music, and is very much in demand for his teaching and masterclasses. 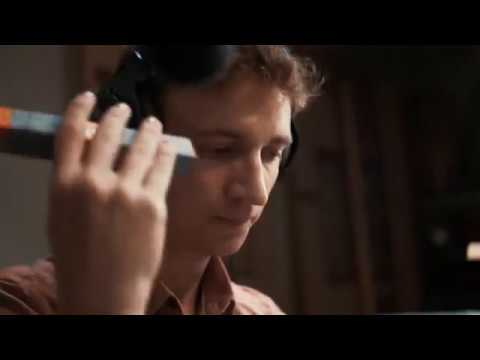 Lively techno which is purely acoustically generated, on piano, contrabass and percussion, without computer or synthesizer. From lyrical to minimal, from deep to industrial: The sound of LBT is multi-faceted, always driven by a pulsating kick drum. Their music is a journey inside, invites you to dream as well as to ecstatic dancing. Grown up in modern jazz, the trio takes his great love for improvisation seriously. There are phrases on the piano or the strings are worked on with a plectrum, the bass gently smoothed out or simply cut to pieces and the drums from fine rustling to powerful groove fully exploited.