“In the footsteps of John Coltrane, John McLaughlin, Trilok Gurtu – Indo-Jazz in the 21st Century”

Indian music’s influence on jazz can be heard since at least as early as the 1950s.From John Coltrane’s “India”, to John McLaughlin’s band Shakti, and Trilok Gurtu’s fusion projects, “Indo-Jazz” has been a vital and prominent facet of jazz’s myriad expressions.

Arun Luthra is one New York’s premier saxophonists and composers, and one of the select group of American jazz musicians of Indian heritage who have continued to explore to possibilities of fusing the modern post-bop sound with elements of Indian classical music – especially konnakol (South Indian classical music vocalised rhythms). He also draws from a wide variety of modern & classic influences to create a vibrant new sound & style. As the leader of the Konnakol Jazz Project, Luthra has performed his music throughout the world, including Japan, Europe, Australia, and throughout the United States.  He has also shared the stage and recorded with many of the greatest jazz, Afro-Cuban, Brazilian, and pop artists in the world, including Billy Harper, Eddie Henderson, Kenny Garrett, Mike Stern, Joe Chambers, Charli Persip, Bernard Purdie, The Temptations, The Four Tops, Frankie Valli, Bobby Short, and Lew Soloff. 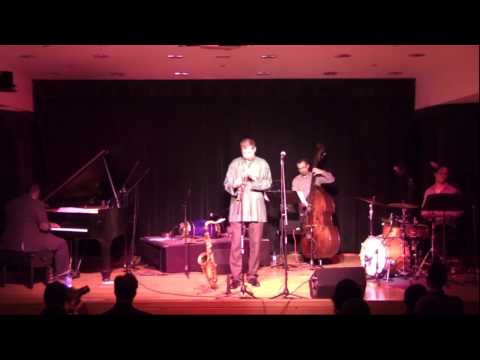 Tell us what you think of Arun Luthra's Konnakol Jazz Project below..