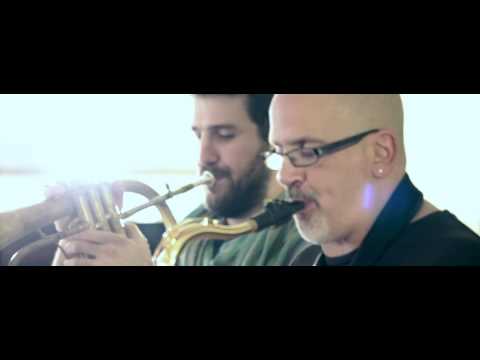 "The 606 Club was at its sardines-in-a-can packed-out best for the visit of Mbappé , backed by a seven-piece band he’d put together this year. The band demonstrated near flawless group playing which the audience lapped up, based on the whoops of appreciation after each number. Worthy of particular mention was drummer Nicolas Vicaro who pushed the group along with his inventive and crockery-jangling playing of such power it was as if he was inspired by playing across from the Lotts Road Power Station. He provided Mbappé with an inventive rhythmic palate on which to demonstrate his virtuosic playing.

Mbappé ’s latest musical output is a fun mix of jazz, african, funk and rock sensibilities with, on numerous occasions, forays into the sounds and rhythms of the souks of the Maghreb. He and the band hit the ground running with three complex, klezmer-fast tracks before stopping to introduce themselves. Groove is a core component of Mbappé ’s playing and the set was overflowing with it. He was content at times to just sit in the pocket and let his brass duo of Arno de Casanove (tr.) and Hervé Gourdikian (sax) pump out some compelling melodies in unison, recalling Michael and Randy Brecker in their Brecker Brothers days."

With a rich, singing tone and an unerring gift for melody, bassist Etienne Mbappé imparts even the most demanding musical contexts with a grace, warmth, and humanity that transcends boundaries, genres, and languages. His gifts have been put to use as a member of John McLaughlin’s 4th Dimension and the Ringers (with Jimmy Herring, Wayne Krantz, Michael Landau, and Gary Novak), along sideman appearances with Joe Zawinul, Manu Dibango, Robben Ford, Slif Keita, Ray Charles, Steps Ahead, and saxophonist Bill Evans. His most recent album How Near How Far was released in 2016. 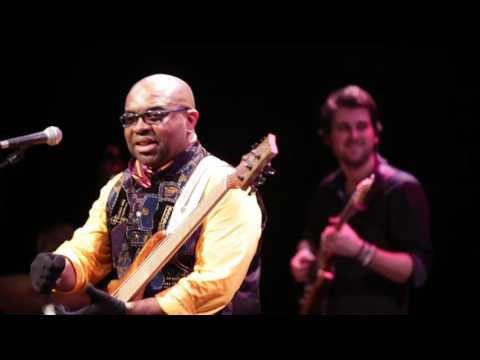 Tell us what you think of Etienne MbappÃ© & The Prophets , +support (early) : Mo Foster & Friends below..