PLEASE NOTE ON THURSDAY 21st NOVEMBER, SUPPORT BAND WILL PLAY AT 7pm AND KEYON HARROLD WILL PLAY 1 LONG SET FROM APPROX 8pm AND OUR DOORS WILL CLOSE AT 10pm. THIS IS OWING TO A LATER TICKETED SHOW.

RAISED FROM THE FIRES OF (NOW INFAMOUS) FERGUSON, MISSOURI, KEYON HARROLD HAS DEVELOPED A REPUTATION AS ONE OF THE WORLD'S MOST SOUGHT-AFTER, EMOTIONALLY ELECTRIC YOUNG TRUMPETERS ON THE SCENE.

A graduate from the famous Mannes Jazz Program at the New School University, Keyon is an eclectic trumpeter/music producer/arranger/songwriter that who has been featured on nearly 100 albums ranging from jazz, R&B, pop, gospel, blues and hip hop.

Keyon has toured and recorded with or produced for some of the world’s best artists and ensembles like Jay-Z, Beyoncé, Common, Erykah Badu, Lauryn Hill to name a few. He also has had numerous musical placements in film and TV including the Miles Davis Biopic “Miles Ahead” directed by Don Cheadle where he is featured as the trumpet sound of Don Cheadle playing Miles Davis.

Miles Ahead – Original Motion Picture Soundtrack has received a GRAMMY®

Featured soloist for Gregory Porter on Take Me To The Alley

Winner, “Jazz in the Struggle”

"There is a quiet dignity when in the presence of Keyon Harrold. The celebrated musician has created a lane for himself as the “future of the trumpet,” according to one Wynton Marsalis..."-Okayplayer

"Whereas it’s clear he’s a master on the instrument, his playing focuses more on communicating and less on showing off...There’s a flourished nuance in every note that aches and stings."-Digital Music News 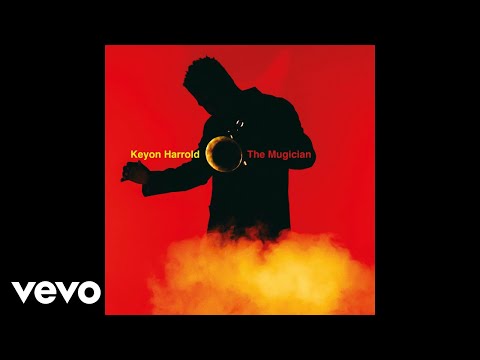 Still just 23 years of age, Cherise  is quickly becoming recognised a fiercely talented vocalist and musician. Since graduating from Trinity Laban Conservatoire of Music, Cherise has been invited to perform at many of the UK’s most prestigious venues and festivals ranging from The BBC Proms at The Royal Albert Hall to Love Supreme Jazz Festival.

Her performance style fuses her passion for soul and neo-soul with a great appreciation and understanding of the great jazz vocalists. Her unique delivery has won plaudits from audiences and critics and she has already been invited to collaborate with highly established artists and groups including Nu-Civilisation Orchestra, Clare Teal, China Moses and Ashley Henry.

For several years Cherise has been the vocalist for the highly inventive group Trope and they have recently released their first EP on the Jazz:Refreshed record label. The group continues to go from strength to strength with the support of the label.

Never content to rest on her laurels, Cherise continues to develop as a musician whilst being grateful for the wonderful opportunities that come with that growth.

Tell us what you think of Keyon Harrold: EFG London Jazz Festival, Support: CHERISE below..