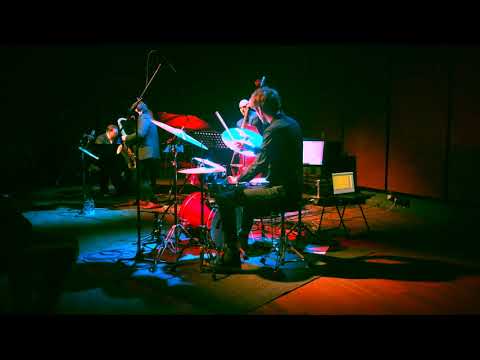 In 2018, Romanian pianist Sorin Zlat started working on his new album “The Land of dreams”. The project enjoyed not only a well-deserved success in Romania, Europe and the United States, but also gave rise to a new collaboration. With styles ranging from cool jazz, to post-bop, latin, flamenco, funk, avant-garde, the proposed project is a testament to the universality of music, with the four musicians coming from generations and different schools of thought, but unified by the common language of jazz.

Zlat was born on May 7, 1985 to a family of accomplished musicians. His grandfather,a renowned violinist and conductor for the Romanian National Folkloric Ensemble. Zlat’s father is a professional jazz saxophonist. Zlat grew up surrounded by the sound of classical and contemporary music. At the age of seven, and continuing in his family’s tradition, he studied multiple instruments beginning with the violin and the clarinet. At the young age of thirteen he won the National Music Olympics and two years later was featured as a soloist with the Romanian Philharmonic Orchestra “Mihail Jora”. In 2009, he graduated from the George Enescu University of Arts with a degree in classical clarinet. It was during those university years when he started to experiment with, and then fell completely in love with jazz. Beginning as an autodidact, his musical influences shifted to the work of Dizzy Gillespie, Keith Jarret, Miles Davis, Thelonious Monk, Bud Powell, Oscar Peterson, and Chick Corea. Zlat found the piano as the sublime instrument to reflect his innermost feelings as a composer and orchestrator, winning the Grand Prize at the 2009 International Student Jazz Competition in Romania.Zlat furthered his career accomplishments by reaching the finalist stage at elite international competitions such as the Parmigiani Montreux Jazz Piano International Competition in Switzerland and the Nottingham Jazz Piano Competition in the United Kingdom. Zlat appeared in numerous festivals, both nationally and internationally, as a solo performer or with his Trio, Quartet and Quintet projects. Notable festivals include Jacksonville Jazz Festival United States, Monaco Jazz Festival, Montreux Jazz Festival, Getxo Jazz Festival-Spain, MyUn Seoul Jazz Festival, Bucharest Jazz Festival, Perra Jazz Festival, Instanbul to name a few. In October 2016, Zlat took his creativity a step further and premiered his jazz suite symphony at the famous Kings Place in London, United Kingdom, a commission that was funded by the Rimbaud and Verlaine foundation and was very well received by the public and jazz critics.

Tell us what you think of Sorin Zlat Quartet's âLand of Dreamsâ... presented by Alex Garnett below..