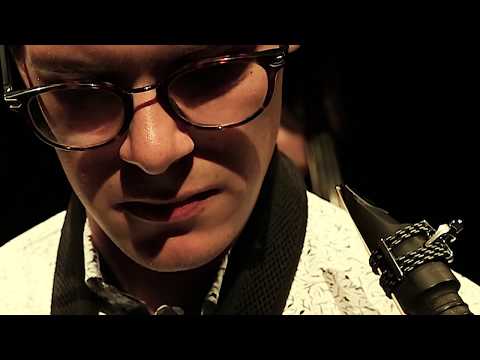 A much welcomed, and long overdue, return to the late show of this steeply rising star of the saxophone. Winner of the 2017 Kenny Wheeler Prize, Tom was raised in a musical family and grew up surrounded by music, from Frank Sinatra to Louis Armstrong. He started the saxophone at the age of 9 but it wasn’t until a few years later that Will Osborne’s inspiring lessons led Tom to a specific interest in Jazz.

Tom joined the Junior Jazz Course at the Royal Academy of Music aged 16, before going on to gain a scholarship place on the Undergraduate Jazz Programme at the Academy in 2013 and earning a First Class Hons degree in 2017. During his time at the Academy, Tom has slowly become recognised as one of the most exciting young players emerging on the scene. Tom has recently released his Kenny Wheeler Prize album BLOOMER on Edition Records and has enjoyed touring it around the UK. Tom also enjoys co-leading the exciting new band AuB- a quartet featuring Alex Hitchcock, James Maddren, and Ferg Ireland who's debut album is soon be released on Edition Records in early 2020.

Tom Barford will be joined tonight by Dave Ferris and Jonathan Silk for a groove inspired organ trio set of music that featured Hammond organ legend Larry Goldings and his famous collaborations John Scofield, and Joe Lovano, Michael Brecker and more. The initial idea for this band was seeded by the trio on a UK tour as sidemen in the Tom Syson group. The idea being "how fun would it be to play a set of our favourite music?" The result has created a high power and good feel trio and the only way is up!

Each member of the trio have been steadily making names for themselves on the UK jazz scene each with albums under their own names such as Dave Ferris' 'Alphabets', Jonathan Silk's 'Fragment' and Tom Barford's 'Bloomer'.

Tell us what you think of âA focus on Larry Goldingsâ with Tom Barford Trio below..