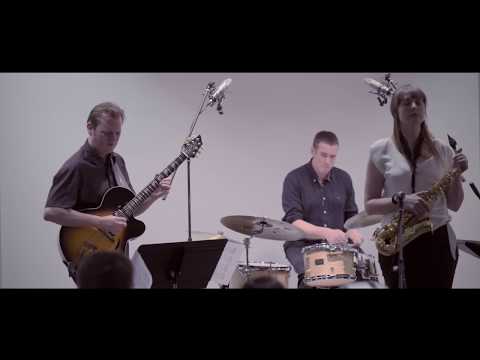 Originally hailing from the Shetland Islands, Rachel began her musical education on the piano at age 4. She picked up the saxophone five years later, and kindled an early passion for improvisation. When she was 12, Miss Cohen’s family moved south from the Shetland Islands to Edinburgh, and she enrolled in the acclaimed City of Edinburgh Music School. There she studied with some of the UK’s most admired musicians, including saxophonist Martin Kershaw and pianist Lynda Cochrane.

As lead Alto for a number of years in both the National Youth Jazz Orchestra of Scotland and Tommy Smith’s Youth Jazz Orchestra, she cut her teeth early playing alongside great British and International artists and regularly frequenting venues top Jazz venues across the UK. In 2006, Rachel won a scholarship in Jazz Studies at The Birmingham Conservatoire and studied with Julian Siegel, Jean Toussaint, Mike Williams, Hans Koller, and the late Tony Levin. Additionally, she sought out opportunities to study with artists Dave Holland, George Garzone, Lee Konitz, Mike Gibbs, Donny McCaslin, Ingrid Laubrock, Larry Grenadiar and Jon Irabagon during their local engagements. 2012 saw Rachael record her critically-acclaimed debut album ‘Halftime’ on Michael Janisch’s Whirlwind Recordings, which catapulted Cohen’s reputation to one of the premier new voices of her generation in the UK’s jazz and improvised music scene. Featuring top UK guitarist Phil Robson, ‘Halftime’ was highly praised nationwide and overseas upon its release in 2013 with four star reviews from major publications and earning her a spot in MOJO magazines top ten Jazz albums of 2014.

After a recent extended spell in the New York club scene, Rachael will be bringing her Quartet to tonight’s special EFG London Jazz Festival “spotlight” with plenty of fresh ammunition!

Tell us what you think of Monday Night Spotlight with Rachael Cohen Quartet below..