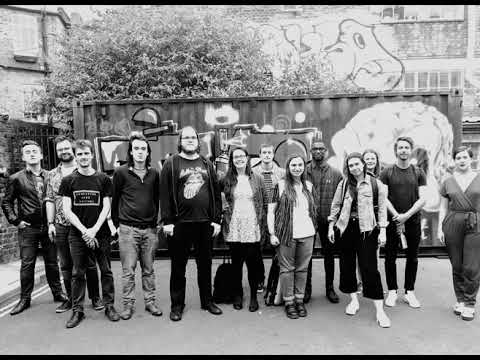 Award winning saxophonist Tom Ridout was predicted by Jazzwise Magazine in 2012 as an upcoming jazz musician to watch out for. A finalist in the 2016 BBC Young Musician Jazz Award, recent graduate from the prestigious Royal Academy of Music, recent winner of the Lancaster Jazz Festival Youth Jazz Commission 2018 and a current member of NYJO (the National Youth Jazz Orchestra), Tom is a prolific composer who fronts his own bands this evening playing his original compositions.

Tom has performed at many venues across the country including the 606, Barbican Centre, Queen Elizabeth Hall, Buckingham Palace, Sage Theatre in Gateshead and many others.As an in demand saxophonist, performing with many different musicians and bands, recent highlights have included; various Clark Tracey ensembles, Patchwork Jazz orchestra tour and the ‘Tribute to Jon Hiseman’ gig at Shepherds Bush Empire followed by the ‘In Memory of Jon Hiseman’ gig in Hamburg, both with the iconic prog rock band Colosseum.

In 2018 Tom released his debut album “No Excuses”, which features a 13 piece band including traditional jazz instrumentation with a string quartet and brass trio.The album had a fantastic launch at The Vortex Jazz Club, London to a sold out audience on Jan 2nd 2018 which was followed later in the year with a successful small tour of the country. Tracks from the album have been played on Jazz FM many times, as well as on The Jazz Report, TNGC Radio, Sennhesier Sunday Jazz Session and Radio 3’s ‘Jazz Record Requests’ and ‘Jazz Now’ show accompanying an interview with Tom. The album has a 4 star review in allaboutjazz.com, and Tom was featured in a 3 page interview in Recorder magazine in the Dec 2017/Jan 2018 issue; “His debut album is a fantastic showcase of the versatility of his writing, ability and imagination”.

Whilst at RAM, Tom studied with revered musicians such as Stan Sulzmann, Martin Speake, Iain Ballamy, Jean Toussaint and Gareth Lockrane, and through being at the Academy and in NYJO has had the opportunity to perform with the likes of Gregory Porter, Nikki Iles, Gwilym Simcock and Dave Holland.Tom has been the recipient of The Craig Ball Award, the Richard Turner Jazz Fund Award, Lancaster Jazz Festival Youth Commission and the Essentially Ellington Outstanding Soloist Award.

Tell us what you think of Tom Ridout Quintet... presented by Alex Garnett below..