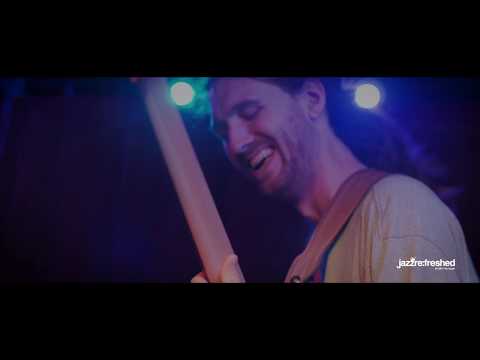 Formed in Bristol in 2017, experimental trio Waldo’s Gift have emerged as a new force on the UK jazz scene. Born out of their improvisatory residency at Bristol’s The Gallimaufry, the band quickly gained notoriety in their hometown before achieving wider national attention.

‘John Peel would have played that’ Gilles Peterson, 6Music

2019 saw the release of the band’s debut record ‘Improvisations’. Performed live as part of their residency series at The Gallimaufry, recorded in one take, free of overdubs. The body of work was entirely composed in the moment, with artwork created simultaneously by artist Holysseus Fly. In support of the record the band ticked off many bucket list shows stunning crowds at Ronnie Scott’s, Jazz Re:freshed and Glastonbury Festival.

‘A new take on the guitar, bass, drums trio. Owing as much to Flying Lotus as John Coltrane’ BBC 3 Jazz Now

Tell us what you think of Waldo's Gift below..