Judi Jackson was introduced to the world of music through the Jefferson Centre’s Music Lab in her hometown of Roanoke, Virginia. It was here she met Wynton Marsalis, and opened for Mavis Staples, which sparked her development as a jazz vocalist and performer. Before graduating from the University of Mary Washington with a BA in Musical Theatre, Judi recorded her original song, ‘Only Love’ with Grammy award-winning band Snarky Puppy under the direction of friend and mentor Michael League. 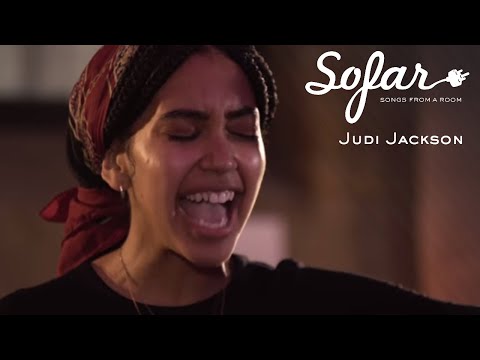 Judi is currently based between NYC and London, her debut EP “Blame It On My Youth”  Co. written and produced by Warner Music’s George Moore received outstanding reviews from BBC Radio hosts Robert Elms and Jamie Cullum amongst many others.

Judi has sold out headline shows at the Jazz Café and XOYO in London, Minton’s and Smoke in NYC, and the Seville Jazz Festival in Spain. When she’s is not on the road, Judi enjoys writing music and collaborating with other musicians. On the 10th June 2018 Judi recorded her debut live album Judi Jackson ‘Live In London’ set to be released in early Sept 2018.

“My main objective is to spread love to any and all willing to receive it.” – Judi Jackson

Born and partly raised in Uganda, Mark Kavuma is a prominent young Trumpet player on the British jazz scene. Leading his own Quartet, the 'Floor Rippers' house band and his main outfit 'The Banger Factory'. As well as, playing with Jean Toussaint's Young Lions, Jazz Jamaica, Nu Civilisation Orchestra and also one of the brass leaders at London based carnival band Kinetika Bloco.