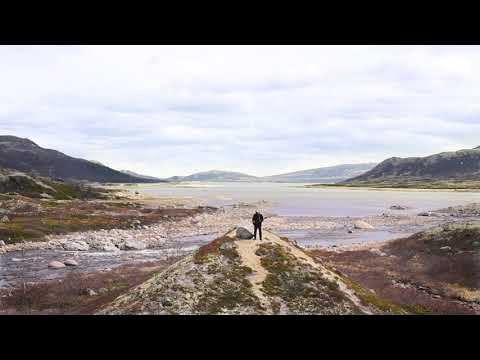 Shri Sriram is a BASCA British Composer Award 2016 winning Composer / Musician / Producer, initially trained on Tablas before developing a unique style of playing his self-made fretless bass. He was one of the pioneers of the Asian Underground scene with Outcaste Records, developing his groundbreaking electro-acoustic sound with Badmarsh&Shri.
Shri has composed and produced music for theatre, dance and feature films, his music has been placed on adverts like British Petroleum & Pantene Pro-V, TV shows like CSI & Top Gear amongst many others. He has featured live at Glastonbury Festival, Jools Holland, Montreux & London Jazz Festivals and has remixed tracks for Dela Soul, Andrew Lloyd Weber, Kronos Quartet & Asha Bhosle, to name a few.
He has also composed the promo tune for Ang Lee’s – Life of Pi and some of his collaborations include a cutting-edge Brass band, Sitar, bass and Drums project, ‘Just A Vibration’, the score for a Ralf Schmerberg movie, 'Indarella" and his latest album,'The Letter', for Jazzland records featuring Bugge Wesseltoft, Arild Andersen, (the late) Paolo Vinnaccia, Tore Brunborg & Ben Castle.

Shri Sriram is an award-winning bassist, composer, producer and arranger whose dynamic quest for new and collaborative ways of making music has taken him all over the world.  From Indian classical music to electronica, from trip hop to jazz, from musical theatre to film scores, Shri’s superb musicianship and positive vibes are in constant demand from fellow musicians and producers, presenters and audiences everywhere.

Shri grew up in Mumbai, India in a musical household and showed an exceptional sense of rhythm and musicality from an early age.  He studied Indian classical music and the tabla from the age of 4 and then went to college to study…chemistry.

“That was a surprise to some people!” says Shri.  “But I got to know some really cool fellow students who introduced me to the crazy world of British rock music and, specifically, the very great Black Sabbath! When I heard the boomboomboom of Geezer Butler’s bass guitar I had no idea what instrument I was listening to but I knew that whatever it was, I wanted to play it

Shri borrowed a bass, taught himself to play and built up a repertoire of around 25 hard rock songs and landed his first gig which made him enough money to buy his first locally made bass guitar.  He went to rock concerts in Mumbai and closely studied the style and musicianship of the bass players on stage.  He got into Led Zeppelin, Iron Maiden, Deep Purple, and Weather Report and Mahavishnu Orchestra, the legendary bassist Jaco Pastorious, Jan Garbarek, the great double bassist Ron Carter and many more.

He formed his first band, Azure Hades, with friend and drummer Dennis Coelho.  The band performed their own music around Mumbai; word started to spread, their live following started to develop.  They recorded a studio album…released on cassette.

“It was called ‘Inspiration Satisfaction’,” says Shri, “and in my final year of college we performed at a festival called Mood-I and India’s biggest Jazz Festival at the time, called Jazz Yatra 1990.”

Shri left college and the world of chemistry and became a professional musician. His first international outing, in 1991, was as bassist with Indian band Divya, who had been invited to perform at the John Coltrane Jazz Festival in Los Angeles.

In 1993 Shri was invited to London by the pioneering music curator Simon Dove who put together a cracking band featuring Shri, percussionist Talvin Singh, keyboardist Guy Sigsworth, guitarist Skip McDonald, dub producer Adrian Sherwood, and Indian playback and ghazal singer Hariharan. The gigs were legendary. The music was ground breaking and Shri’s unique style of bass playing led to a meeting with musician, composer and producer Nitin Sawhney.    Shri and Nitin started working together and on their third gig at the South Bank Centre’s Purcell Room, Shri met Shabs Jobanputra, founder of world music label Outcaste Records who invited Shri to make his first solo album.  The result was the critically acclaimed ‘Drum The Bass’ (1997).

Then along came Badmarsh & Shri, the baddest electronic/drum&bass/trip-hop duo the UK had ever produced which led to two huge albums, ‘Dancing Drums’ (1998) and ‘Signs’ (2001) and their breakout performance at Glastonbury in 2002.  Gigs swiftly followed at the Montreux Festival, the London Jazz Festival and at festivals in Europe and the US.

Shri then met the legendary Norwegian pianist and composer, Bugge Wesseltoft which led to various collaborative projects, produced by Oslo World and Alexandra Stolen, including Ragatroniks and OK World.

Shri became an in-demand producer and arranger; he re-mixed De La Soul’s ‘Me, Myself, and I’; he composed scores for a number of independent Indian feature films and in 2012 he wrote and performed the official promotional trailer song for the Indian release of Ang Lee’s Life of Pi.

In 2015 he realised a long held dream of working with a top brass band who would be open to his idea of combining the traditional line-up of brass instruments with bass, sitar, drums and saxophone.  The result was the critically acclaimed cd and live project Just A Vibration which was recorded with the Hammonds Saltaire Brass Band under the baton of Morgan Griffiths and scored / arranged by saxophonist Ben Castle.

Shri regularly inspires the next generation of UK-based music-makers with his workshops and programmes of performances that have grown in numbers and reputation over the last few years.  Recent successes include Croydon Composers, and Young Croydon Composers - two groups of musicians and composers who, under Shri’s mentorship, wrote and performed original music; and this year’s Assemble, a collaboration with Dance Umbrella and the choreographer Jose Agudo for young musicians and dancers. 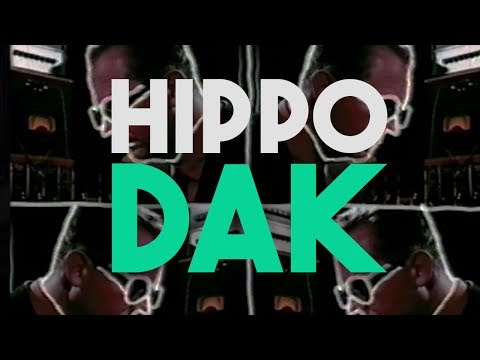 Hippo is an electronic jazz trio based in Bristol UK. In the lineage of Donny McCaslin and STUFF, their music buries a jazz aesthetic in a nest of beefy electronics and bouncing rhythms. The earnest muscular sound debuted on their 2018 release caught the attention of BBC Radio 3, BBC Introducing, and Fresh on the Net. Playing live, their hybrid music has seen them entertain diverse crowds across the UK - from techno raves to basement jazz clubs and everything in between.

Their second EP Binary Diet (2019) converges on the palette established on the first release: saxophones, synthesisers and drums go in, Hippo comes out.

The EP opens with DAK, Hippo’s boldest release yet– filthy bass and drums meet distorted sax in a future jazz banger that boils over into pulsing synthy soup. Icing on the cake comes from a balls-to-the-wall finale guitar solo from guest virtuoso Joe Price. The tune emerged from a little piano nugget by Holysseus Fly (Ishmael Ensemble). Following on, the title track Binary Diet throbs with high octane electro-funk energy - unison lines grind under synth sax riffs before giving away into a stomping solo finale. Balance comes through the swirling electro-jazz journey of Treehouse, simmering with gorgeous themes, bubbling electronic arpeggiation, and a spacious saxophone reprise. The EP closes with the dark, pumping Thirst - featured on a
live video earlier in 2019 shot entirely in the Hippo van - drums in the boot, synths in the cab and sax on the roof...