Tickets on the door from 1am (no advanced tickets available) 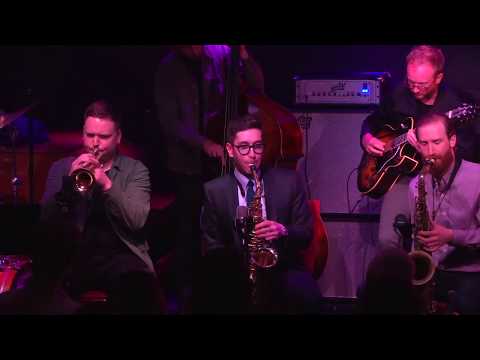 Alec Harper is a British born saxophonist and multi-instrumentalist based in New York City. Alec currently performs in New York in a wide range of jazz and improvisational contexts and has been heavily involved in the London jazz scene for years. In addition to leading his own groups, Alec plays with the Andrew Schiller Group, Aaron Edgcomb, 'The Gown of Entry' and he hosts a residency with his duo every Wednesday at Drexler's in Manhattan.

Alec holds a Master of Music in Jazz Performance from the New England Conservatory and a Bachelor of Music from the Guildhall School of Music and Drama in London, receiving honours at both institutions. His teachers include Jerry Bergonzi, Donny McCaslin, Jason Moran, Joe Morris, and Ralph Alessi. He also studied Composition with Ken Schaphorst and Frank Carlberg.
In 2010 Alec was UK Jazz Radio's young musician of the year. He won a Yamaha Jazz scholarship in 2012 when graduating from Guildhall and also received a Concert Recital Diploma for excellence in performance. Alec received the Ian Fleming award from Help Musicians in 2012 and 2016.

Each night Monday to Saturday, after the main act, RonnieScott’s presents the Late Late Show, where some of the UK’s finest jazz talents take to the stage for a late night blowing session.MONDAY - THURSDAY 11pm-3amFRIDAY - SATURDAY 1am-3amENTRY ON THE DOOR or PREBOOKING AVAILABLE NOW (MON - THUR ONLY)£10 in advance, £12 on the door, £6 Students (with ID), FREE entry to MU, Club members and main show ticket holders.In 1959, saxophonist Ronnie Scott opened the door to a small basement club in London’s west end where local musicians could jam. Today, it is one of the world’s most famous jazz clubs attracting packed houses and the biggest names in jazz and popular music and Ronnie Scott’s welcoming, stylish setting is also home to London’s coolestlate night hang.

Tell us what you think of Alec Harper Quartet below..