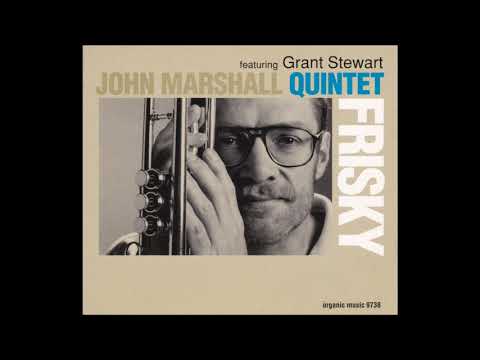 John Marshall was born in Wantagh, New York in 1952. The jazz trumpeter played professionally in New York for 21 years. The list of musicians with whom he played in that time reads like a ``Who´s Who´´ of modern jazz:  it includes names as diverse as Benny Goodman and Ornette Coleman. John Marshall´s career began in rhythm ´n´ blues bands, salsa groups and the free jazz scene. In the late seventies and early eighties came recordings and tours with the bands of Buddy Rich, Lionel Hampton and Mel Lewis. With Mel’s band he was a featured soloist for many years of Monday nights at the Village Vanguard. His engaging solo style also enlivened the bands of Gerry Mulligan, Afro-Cuban jazz pioneer Mario Bauza, Toshiko Akiyoshi and Buck Clayton. In 1988 he toured the USA and Europe with Dizzy Gillespie’s Big Band. During the same time he was a sought-after studio musician in New York’s very competitive recording scene. In the late eighties Marshall formed the jazz quintet ``The Bopera House´´ with the renowned tenorist Ralph Lalama. The group performed in NY, up and down the east-coast, and recorded three highly-acclaimed albums. Change-of-scene: Since 1992 Marshall lives in Cologne, Germany, where he is one of the most important soloists of the WDR radio-television big band. His European quintet with Dutch tenor legend, Ferdinand Povel, has appeared all over Germany, as well as in Belgium, Holland, Austria and Switzerland. However, Marshall has not turned his back on New York. He returns there every year for appearances and recordings.