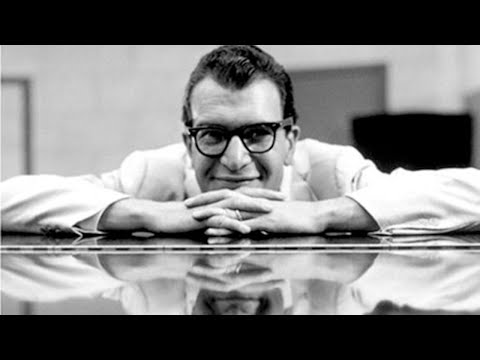 Darius and his brothers, Chris and Dan, with Dave O’Higgins on sax, tour internationally as Brubecks Play Brubeck.  This quartet has done this every year since the group was formed  for a UK concert tour in 2010.  Ten years later they are celebrating Dave Brubeck’s Centennial with concerts in the USA, Europe and back in the UK.  Dave Brubeck was born in 1920 and went on to have an international reputation as a composer, player and jazz ambassador.  His famous “Dave Brubeck Quartet” released hits such as Take Five and Blue Rondo a la Turk and these tracks from the “Time Out” album continue to please and excite audiences the world over. Brubecks Play Brubeck perform Brubeck music with symphony orchestras, big bands and most often as a quartet.  They always play to full houses at two of the  greatest Jazz clubs in the world; Ronnie Scott’s in London and Dizzy’s at Jazz at Lincoln Center in New York.

Pianist, composer and Fulbright Professor of Jazz Studies, Brubeck was the Director of the Centre for Jazz & Popular Music at the University of KwaZulu-Natal, Durban, South Africa until 2005 when he moved to London and established the highly successful Darius Brubeck Quartet.  With this group he has recorded and toured extensively, most recently in Poland where the quartet reprised the tour made in 1958 by the classic Dave Brubeck Quartet.

After graduating from Wesleyan University where he studied ethnomusicology and history of religion, Brubeck worked free-lance, started his own bands, and toured the world with his famous father and brothers as a member of Two Generations of Brubeck and The New Brubeck Quartet (Dave, Darius, Chris and Dan Brubeck).   He moved to South Africa in 1983, to initiate the first Jazz Studies Degree offered by an African university, gaining international recognition for his work in education and for his recordings and concerts with South African musicians.

Grammy-nominated composer Chris Brubeck continues to distinguish himself as an innovative performer and composer who is clearly tuned into the pulse of contemporary music.  Respected music critic for The Chicago Tribune, John von Rhein called Chris: “a composer with a real flair for lyrical melody--a 21st Century Lenny Bernstein.”    His “Time Out” Suite  celebrates the 60th anniversary of Dave Brubeck’s most famous album.

In addition to creating an impressive body of work, including several band pieces, chamber pieces, concertos for trombone, a trombone quartet, and several concertos for stringed instruments, Chris maintains a demanding touring and recording schedule playing bass and trombone with his two groups: the Brubeck Brothers Quartet which also features his brother Dan on drums and Triple Play, an acoustic jazz-funk-blues-Americana trio. The BBQ regularly tours the US and will be featured performers on a 2020 Caribbean Jazz Cruise.

Chris was a long-standing member of the Dave Brubeck Quartet, writing arrangements and touring and recording with his father's group for over 20 years.  www.chrisbrubeck.com

Mentored by two consummate polyrhythmic masters, Joe Morello of the famous Dave Brubeck Quartet and Alan Dawson (at Berklee College of Music), Dan was working professionally before he finished his teens.

Over the years he was featured on nearly a dozen albums with his father and toured internationally with the Dave Brubeck Quartet, including many appearances with the world’s leading orchestras.

Dan’s mastery of complex rhythms and ability as a soloist has led to his reputation as one of the most talented and creative drummers in jazz. He led the Vancouver-based Dan Brubeck Quartet (DBQ), featuring vocals by bassist Adam Thomas. This quartet released a Juno-Award nominated album, Celebrating the Music and Lyrics of Dave and Iola Brubeck. He continues to perform and record with the Brubeck Brothers Quartet and Brubecks Play Brubeck as well as leading various jazz  groups in Canada.

Virtuoso saxophonist, Dave O’Higgins is also a composer, arranger, educator and studio engineer.  Dave first came to national attention in the United Kingdom as a member of England’s NYJO (National Youth Jazz Orchestra) and since then has toured all over the world and recorded more than 20 albums as leader of groups ranging from quartets to big bands.  Starting with John Dankworth and Cleo Laine, his wide experience eventually included playing with Ray Charles, Frank Sinatra, Salif Keita, Jimmy Smith, Joe Locke and the Ronnie Scott’s All-Stars.

He fronts his regular working group, The Dave O’Higgins Quartet and co-leads Barnes / O’Higgins and the Sax Section as well as the Abstract Truth Big Band. He also tours regularly with Eric Alexander and the BBC Big Band and was a long-standing member of bands led by Kyle Eastwood and Jamie Cullum.

Dave teaches saxophone, harmony and improvisation at the London Centre For Contemporary Music and also runs a specialist jazz recording studio in London. In addition to Brubecks Play Brubeck, he is a member of The Darius Brubeck Quartet.    www.daveohiggins.com

Gileno Santana, probably the most versatile musician of his generation, shows his most creative side with a band without a harmonic instrument.

Gileno Santana Trio, is undoubtedly the most challenging and contemporary project of the trumpet player. Your identity is in the unique way of thinking and   expressing yourself.With a modern and free approach, Gileno Santana is part of the world's restricted batch of creators.

Born in Salvador (Bahia, Brazil), Gileno Santana is a Portuguese-Brazilian trumpeter and composer. He won the international BEJAZZ’14 jazz competition in the city of Bern (Switzerland) with the Egli-Santana Group. He received the Medal of Honor of the Order of Musicians of the State of São Paulo and he was the first musician luso-brasilian to be a speaker at Havard University.

A brilliant musician and a composer to follow- Wynton Marsalis

top UK jazz vocalist performs with an all star quartet

Gifted with immensely emotional vocals, her influences are wide and far-reaching.

Born from an Irish father and Lebanese mother, she was surrounded by the turning records of her father’s jazz collection. Influenced by Sarah Vaughan, Betty Carter and Dakota Staton,

she is now one of the U.K’s leading jazz vocalist, regularly performing at London’s prestigious Ronnie Scotts Jazz Club and the 606 Jazz Club.

She is known for her interpretations of classic ballads leaving audiences spell bound as well as the energy and vigor with which she tackles the up tempo standards from the American Song Book.

"How soon before it will become normal to think about her as one of the best jazz singers this country has?

“A vocal with timeless quality”