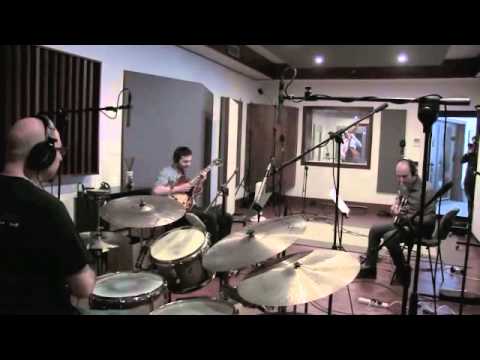 Italian born drummer Enzo Zirilli is a man who has definitely paid his musical dues and has the resumé to back it up. Hailing originally from Turin, Enzo arrived in London in 2004 and proceeded to become one of the most sought after drummers on the UK jazz scene. Since that time he has recorded and toured with the likes of Jim Mullen, Stan Sulzmann, John Etheridge, Hanish Stuart, Liane Carroll, and Jason Rebello as well as International artists of the likes of Tom Harrell, Bob Mintzer, Dado Moroni, James Moody, Gloria Gaynor, Gary Bartza, Omar and Peter Bernstein.  In 2014 he formed the band “ZiroBop” with Italian guitar maestro Alessandro Chiappetta and two English rising stars, the Award winning guitarist Rob Luft (2016 Kenny Wheeler Jazz Prize) and the similarly Award winning bassist Misha Mullov-Abbado (winner of the 2014 Kenny Wheeler Prize, 2014 Dankworth Prize and a 2017 BBC Radio 3 New Generation Artist). A skilful and impressive player, Enzo describes ZiroBop as "a 360 degree journey into music, from early jazz, straight ahead be-bop and hard bop to funk, prog rock, African, Indian and Latin American".

Tell us what you think of Alex Garnett Presents... Enzo Zirilli Quartet: Zirobop below..