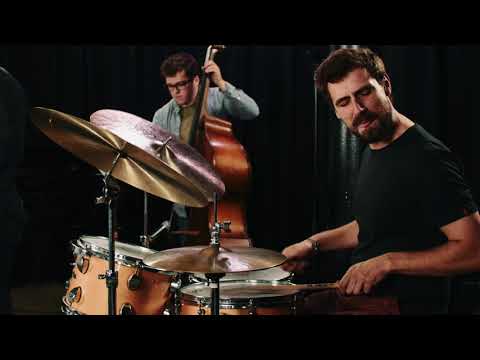 Born in the south west of Ireland Conor Chaplin has become one of the younger stalwarts of the London jazz scene since he arrived there to study at Trinity College of Music, in Greenwich under the tutelage of Simon Purcell, Steve Watts, and others. Also formative in his education were the late great composer and educator Martin Read at Alton College in Hampshire, and his time as part of Surrey County Youth Jazz Orchestra, based in Woking, and the National Youth Jazz Orchestra under Bill Ashton and Mark Armstrong. He is best known currently as part of Mercury Prize nominated group Dinosaur, led by trumpeter-composer Laura Jurd, as well as other contemporary original jazz projects including Flying Machines and formerly WorldService Project. Between these regular projects and other one-off occasions he has had the pleasure of touring extensively throughout the UK, North America, Europe and Asia and has been fortunate to perform with diverse artists including Kit Downes, Ari Hoenig, Ben Van Gelder, Reinier Baas, Marius Neset, Thomas Strønen, Bobo Stenson, Harold Mabern, George Garzone, Billy Cobham, Jacob Collier, Jesse Van Ruller, Iain Ballamy, Julian Siegel, Natalie Williams, Ivo Neame, Tony Tixier, Keyon Harrold, Stan Sulzmann, Bobby Wellins and others.

Tell us what you think of Conor Chaplin Quartet below..