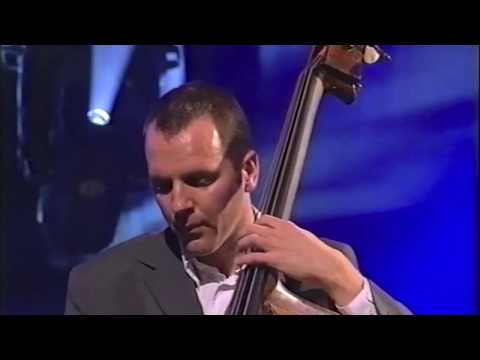 Born in Abidjan (Ivory Coast) and raised in Provence, France, bassist Clovis Nicolas decided to be a professional musician after pursuing studies in Philosophy at the University of Aix-en-Provence. He graduated from the Conservatory of Music of Marseilles in 1996 and settled in Paris. Soon, Clovis’ precise and tasteful bass playing gained him a solid reputation and he quickly became a first-call musician in the French capital, performing with artists like Vincent Herring, Dee Dee Bridgewater, Michel Legrand, Stefano Di Battista, Belmondo Brothers, and many others. With the later, he recorded four albums, among them “Hymne au Soleil” which received three Grammy Awards in 2004. Clovis is also featured on many other recordings, including two albums with pianist Baptiste Trotignon, with whom he toured extensively in all the major international festivals.In 2002-2003, Clovis moved to New York, after being awarded the Lavoisier Scholarship from the French Ministry of Foreign Affairs. Since then he has been performing in numerous venues including the Jazz Standard, Blue Note, Kennedy Centre, Smalls Jazz Club, Birdland, Jazz At Lincoln Centre, Smoke Jazz Club, Dizzy’s Club and recording with some of today’s most prominent jazz musicians: Peter Bernstein, Walt Weiskopf, Grant Stewart, Harry Allen, Sachal Vasandani, Marcus Gilmore, Brandon Lee, James Williams, Carl Allen, Mike Dease, Joe Magnarelli, Jane Monheit, Jeb Patton, Sacha Perry, Peter and Will Anderson, Elena Pinderhughes, Freddie Redd, Frank Wess, Branford Marsalis and Dan Nimmer and many others. Touring this year with leading U.K trumpeter Steve Fishwick, tonight’s band promises top-flight transatlantic jazz.

Tell us what you think of Alex Garnett presents...Clovis Nicolas, Steve Fishwick Quartet below..