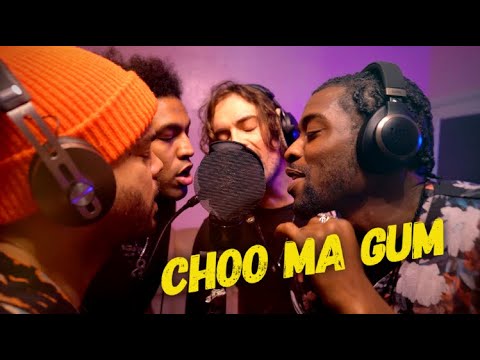 We are two brothers, Alessandro and Marco Cinelli, and we come from Latina, Italy.

Musically we grew up together, on the trail of all the artists that our father Domenico, a true music lover, used to show us. He would spin records all day long, and just from a very early age we used to dance to Stevie Ray Vaughan not even knowing what his face looked like. Dad used to play guitar in church, and used to drum for fun. Marco picked up the guitar at the age of eleven, Ale started the drums when he was seven. We have a four year gap between us so let’s say we started together. We used to spin records and play along, sing and fool around swapping instruments all our youth. 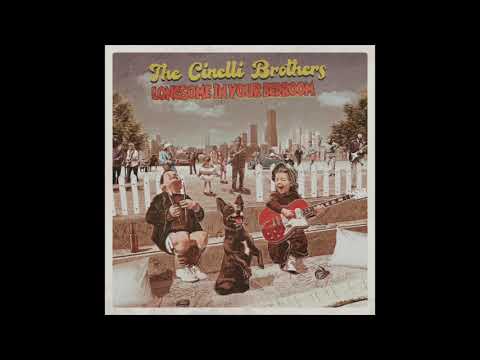 Marco left to live abroad and four years later so did Ale. We finally reunited in London in from 2015 to play every now and then, since Marco was still living in Paris, and steadily from 2017. We didn’t have a band then, nor an intention whatsoever to form one. Ale, who was the one who knew more the scene in the city, soon got well esteemed as a session player and became a steady house drummer in most of blues jams. Marco would come occasionally to play and got introduced to the bluesmen ring, so that soon we could host our own show under the name of the Cinelli Brothers.

We met this fantastic bass player Enzo Strano, a Sicilian guy settled in UK since teenage. He impressed us right away for his massive stage presence, his magical touch on the bass as well for his simplicity. The kind of bass player you know how great he is when you play with someone else. Enzo joined the band immediately as he previously jammed with Ale and got to know him better. We started as a trio at the Ain’t Nothing but Blues bar, like most of the blues bands in London. We used to play songs from Muddy Waters, BB King, Bo Didley, Willie Dixon, Elmore James, but also Jimi Hendrix, Aretha Franklin, Donny Hathaway, everything that made sense to us. We loved to shuffle jazz, blues and soul in the same night, feeding people with different sonorities. The sound was unique and the crowd truly went crazy each time we performed.

Marco has got an Arline Tuxedo as “axe” that he bought second hand in Milwaukee, Wisconsin. He plays with thick strings dropping the tuning in D, and he never plays plectrum, solely fingers. His voice is soulful, but he can phrases the right blues notes. Ale plays smooth, but groovy, and the pocket is there. Most of the time we are indisciplined and lousy as the show presses, but the machine works like a clockwork. People go nuts dancing on the table.

One day Marco came up with this Muddy’s tune, “Forty Days and Forty Nights” and he said he was never going to play it anymore without an harmonica, because what makes the song special is just the messing-around chops of Little Walter over Muddy’s lead. We decided to call Rollo Markee on Harmonica for our next show. He is a wizard, he can bend notes like we’ve never heard before. He’s got this weird sound coming from his amp that sometimes can buzz like a fly or snort like a buffalo. He brought us to an higher level, and boy did we sounded bluesy!

To expand the sound beyond we would call a guitar player or a keyboard player, among which our favourite was Alberto Manuzzi, an other fellow countryman.

With this quintet formula we had a couple of successful shows as the crowd started really to be pissed that we didn’t have any record to sell, any website, nothing. We decided to write some songs and record an album. Marco had written already a bunch of blues songs so the writing task was rather easy. He’s got skill in producing and organising recording session, and with his brother decided to make an album the old fashion way, all analog and live-in-the-studio. We wanted to have something that sounded like the records that dad used to spin. A great blues record!

We went with the quintet featuring Strano, Markee and Manuzzi at the Soup Studio, London. Everything was finalised, rehearsed, recorded and mixed on the spot, tape and plate reverb included. We recorded seventeen songs in three days, between covers and originals, but in the end we decided to release twelve tracks, due to the limited vinyl capacity.

Ever since the record went out, we had the feeling that the response was quite good. People started to buying it at our shows and we would find our songs played at the radio as well as in album-reviewing blogs. Bar owners, festival programmers, bookers and music lovers from great part of Europe started contacting us to come play here and there. We toured in UK, France, Spain, Holland, Italy, Portugal and Germany not fully realising how powerful the impact of the band was.

For us it’s all about having fun on stage, rock the necks and play some dirty gritty blues and rhythm ’n’ blues. The performance may sometimes start in a way and end in a completely different one. We might end up in some thirty minutes long medleys, as well as some psychedelic rock moments. We can also go funky sometimes. All that matters is that truth and honesty are there, without pretensions. We love to step on the footprints of our heroes, but we love to be ourselves doing it, without thinking we have to do this or that. Music is also freedom and above that we feel the connection of our brotherhood. The result is always unique, fresh, and true.

Tell us what you think of The Cinelli Brothers below..