There will be 2 shows per night in the format

David Sanborn has released 24 albums, won six Grammy Awards, and has had eight Gold albums and one Platinum. Having inspired countless other musicians, Dave has worked in many genres which typically blend instrumental pop, R&B and traditional jazz. He released his first solo album Taking Off in 1975, but has been playing the saxophone since before he was in high school when he was inspired by the great Chicago blues artists near his hometown of St. Louis.

Having contracted polio at the age of three, Dave was introduced to the saxophone as part of his treatment therapy. By the age of 14, he was able to play with legends such as Albert King and Little Milton. Dave went on to study music at Northwestern University before transferring to the University of Iowa where he played and studied with the great saxophonist JR Monterose.

Later traveling to California on the advice of a friend, he joined the Butterfield Blues Band and played Woodstock with Paul Butterfield. Following that, Dave toured with Stevie Wonder and recorded for Wonder’s Talking Book album, played with The Rolling Stones, and toured with David Bowie. It was with Bowie that he recorded the famous solo heard on “Young Americans”. At the same time, Dave was touring and recording with the great Gil Evans, dividing his time between the two. After moving to New York City and studying with George Coleman, Dave started his solo career where he later collaborated with such artists as Paul Simon and James Taylor. 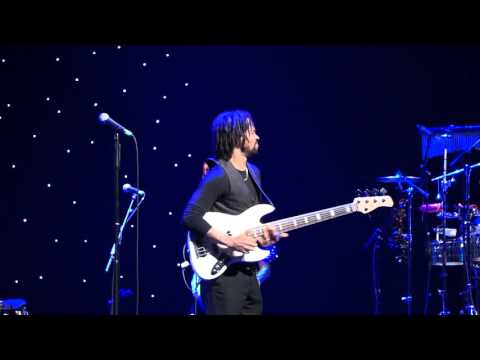 Tell us what you think of DAVID SANBORN ACOUSTIC BAND feat special guest RANDY BRECKER below..