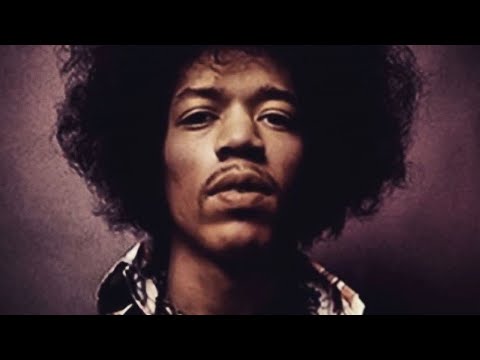 On Sept. 16, 1970, just two days before his death, Hendrix performed live one last time. Tonight we celebrate his last performance at Ronnie Scott’s Jazz Club fifty years on with a special show put together by Paul and Jeremy Stacey.

“We were playing at Ronnie’s and Jimi Hendrix came in, along with a lot of other celebrities who were in town.  Eric Burdon and War – we were on fire! I was standing on stage and I saw him in the audience. He had a Strat in his hand and he was coming towards the stage.  I said, 'Here comes Jimi Hendrix, the world’s greatest guitar player and I’m gonna leave the stage and watch him play.'  I’m getting ready to leave and he says,  'Howard, stay.  Just stay.  I want you to play.' So I plugged my guitar back in to the amplifier and he plugged into the same amplifier that I was plugged into.  We started jamming and I think the first song he played on was Tobacco Road. The next song we played was Mother Earth.  Jimi led into a guitar solo. Me and Jimi were really cuttin’ the place up. It was his last performance on this planet with Eric Burdon and War and Howard Scott was the last guitarist to play with Jimi Hendrix not knowing that that was going to be his last performance.” Interview with Sarah Weller.

Jeremy Stacey is a powerful and highly impressive drummer, who is equally at home playing pop, rock, funk or straight-ahead jazz. He’s played with the likes of Tom Jones, Ryan Adams, Mary Chapin Carpenter, Neil Diamond, The Finn Brothers, Madeleine Peyroux, Gary Barlow, Robbie Williams, Echo and the Bunnymen, Jason Rebello, Tim Garland, and Wayne Krantz. He was the regular drummer with American icon Sheryl Crow for over 7 years. Jeremy also toured the world for 5 years with Noel Gallagher’s band The High Flying Birds and is currently one of the three featured drummers with the iconic band King Crimson.

Paul Stacey is considered to be one of the UK's leading musicians, a well-respected guitarist, producer and recording engineer/mixer, Paul has worked with Noel Gallagher for years with Oasis and the High Flying Birds. In 2006, Stacey was named as the replacement for Marc Ford in the Black Crowes as well as producing three albums for them. Comfortable in different styles Paul has worked with jazz greats Kurt Rosenwinkle, Wayne Krantz, Tal Wilkenfeld, Jason Rebello, Tommy Smith, Laurence Cottle,  Gary Husband, Claire Martin and Ian Shaw. He has worked for rock/pop artists Tom Jones, Madonna, The Finn Brothers,  Robbie Williams/The Lemon Trees with Guy Chambers,The Syn with the late Chris Squire from the band Yes and Elkie Brookes.

John Hogg has released 4 albums in the US and worked many times with Paul & Jeremy Stacey along with Bob Clearmountain, Roger Daltrey & was the lead singer in Rich Robinson’s solo band from the Black Crowes  ‘The Magpie Salute‘

Tell us what you think of Livestreaming Tonight: 'Jimi Hendrix - 50 Years On' with Paul and Jeremy S below..