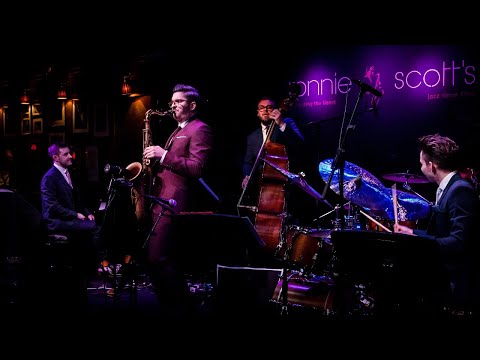 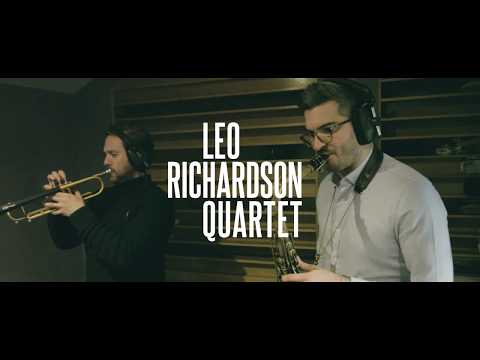 In 2017, The Leo Richardson Quartet toured the UK in November-December, in support of their debut album, The Chase, on Ubuntu Music. The album was selected by The Times newspaper as one of the Top 10 Jazz Albums of 2017 and one of the Top 100 Albums of all music genres. The Chase was the first album to receive 5* from The Sunday Guardian/Observer. The success of the album and the tour led to the Quartet’s debut performance at the 2018 Love Supreme Jazz Festival. The Leo Richardson Quartet released their second album Move in 2019 to critical acclaim, receiving 5* in BBC Music Magazine.

Without a doubt, Leo Richardson is widely recognised to be one of London's leading Jazz Tenor Saxophonists, best known for his honest, straight-ahead, contemporary hard-bop style. His most significant influences include John Coltrane, Joe Henderson, Dexter Gordon, Horace Silver and Art Blakey.

In 2009, Leo was awarded a scholarship to study Jazz at the prestigious Trinity College of Music. Whilst at Trinity, Leo studied with world-class saxophonists including Jean Toussaint, Julian Siegel, Martin Speake, Mark Lockheart and Mick Foster. In 2012, Leo was awarded the Trinity College of Music Jazz Achievement Award and in 2013 graduated with a 1st class degree with honours in Jazz Performance. He was also a Worshipful Company of Musicians Young Jazz Musician of the Year finalist in 2016.

Since graduating, Leo has been making a name for himself on the London Jazz scene. He has become an in demand side man and has collaborated with many well known musicians at acclaimed venues such as Ronnie Scott's Jazz Club, The Royal Albert Hall, Queen Elizabeth Hall, o2 Arena, Rochester International Jazz Festival, Cadogan Hall, The Vortex Jazz Club and Glastonbury Music Festival. In 2015, Leo was nominated in the London Music Awards for Rising Star in the Jazz category. He regularly hosts the Late Late Show at Ronnie Scott's Jazz Club with his own quartet.

Leo’s quartet consists of killer artists who are all standouts in their own right. Rick Simpson, winner of the Yamaha Scholarship Prize for Outstanding Jazz Musicians, resides on piano. Tim Thornton, one of the most sought-after young musicians of his generation, drives a hugely vibrant, powerful double bass. And, in keeping with the talent in this line-up, the exceedingly diverse Ed Richardson rounds things off on drums.

Tell us what you think of Livestreaming Tonight: Leo Richardson Quartet below..