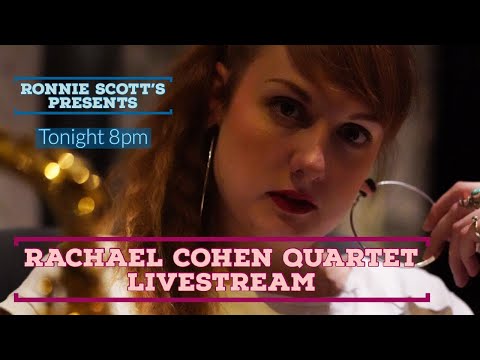 As we welcome in the new year, our doors are still closed to live audiences but we can still give you some live music.  The show will be at 8pm GMT.  The livestream will appear live here so simply bookmark this page. It is also available directly from our Facebook and our YouTube channel.

Rachael Cohen is one the most sought-after players on the London Jazz scene. Here she presents an exciting quartet featuring BBC's Young Jazz Musician of the Year Deschanel Gordon on piano, 'Waaju' bassist Joe Downard and top NY drummer Jason Brown (Monty Alexander, Pat Martino, Joey DeFrancesco). Expect to hear some of Cohen's original music set alongside a glowing repertoire from the clubs of New York.

Tell us what you think of LIVESTREAMING TONIGHT: Rachael Cohen Quartet below..