“I would like a big band that I can write and conduct for.” Jimi Hendrix 1970 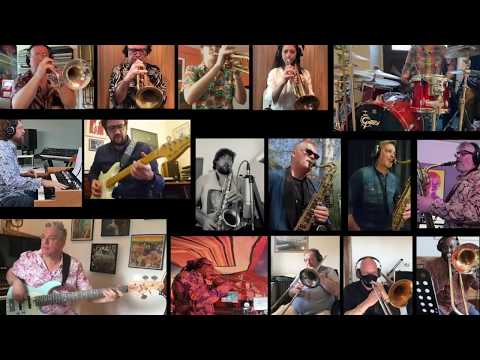 The Electric Lady Big Band was formed in 2018 to celebrate the 50th anniversary of Jimi Hendrix’s iconic 1968 masterpiece Electric Ladyland. Premiering at Bristol Jazz & Blues Festival and featuring 16 of the UK’s best jazz, funk and blues musicians the group performed, and later recorded, their take on Jimi’s psychedelic epic throughout the UK in 2019.

Since Gil Evans’ 1974 album ‘Plays the Music of Jimi Hendrix’, there have been too few efforts to re-imagine this music for large ensemble, until now. Denny Ilett, a big band devotee and Hendrix disciple has crafted arrangements that honour Jimi’s songs as much as they do the big band tradition. The group have no idea if Hendrix himself would approve but they do perform his timeless and intense music with the utmost love and respect.

The band returned to the studio in June 2021 to record their second album; this time featuring a selection of compositions spanning Hendrix’s short, but explosive, career which is due for release, on vinyl, in the Autumn. 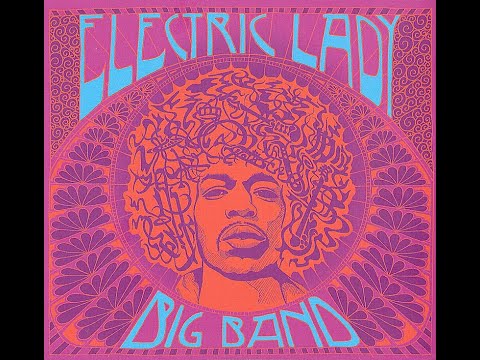 “A unique and heartfelt testimony to the music and legacy of Jimi Hendrix.” London Jazz News

“Takes the sound of the original to new places.” Best Of British

Guitarist, vocalist, arranger and bandleader Denny Ilett has been an in-demand musician for over 30 years. For 20 of those years he was the guitarist and musical director for Lillian Boutté, the Official Musical Ambassador for New Orleans and toured the world several times over as an integral part of that group.

In between, and since, Denny has worked with the likes of Pee Wee Ellis, Fred Wesley, Bobby Shew, Clark Terry and a host of international names alongside running several of his own small and large ensemble groups. He is also the Artistic Director and co-founder for Bristol Jazz and Blues Festival responsible for bringing world class jazz to the city since 2013.

His current project, Electric Lady Big Band which celebrates the music of Jimi Hendrix, has released a critically acclaimed album and performed concerts, clubs and festivals across the UK since 2018.

Ilett is also a regular contributor to Guitarist magazine and London Jazz News.