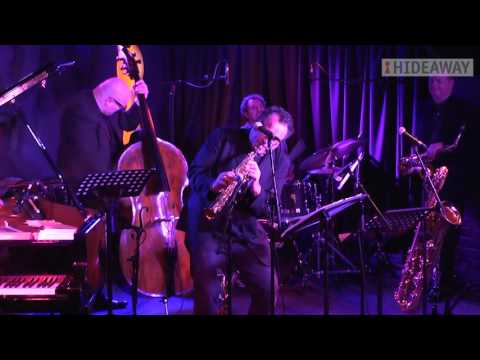 ALAN BARNES & GILAD ATZMON – club debut of their new band 'THE LOWEST COMMON DENOMINATOR' Fun and musical virtuosity combined in equal measure from two outspoken saxophone and clarinet masters bringing Entertainment with a capital ‘E’ back to the jazz scene.

Alan Barnes is a prolific international performer, composer, arranger, bandleader and touring soloist.  He is best known for his work on clarinet, alto and baritone sax, where he combines a formidable virtuosity with a musical expression and collaborative spirit that have few peers.  His range and brilliance have made him a “first call” for studio and live work since his precocious arrival on the scene more than thirty years ago.

His recorded catalogue is immense.  He has made over thirty albums as leader and co-leader alone, and the list of his session and side-man work includes Bjork, Bryan Ferry, Michel LeGrand, Clare Teale, Jools Holland and Jamie Cullum. He has toured and played residencies with such diverse and demanding figures as Ruby Braff, Freddie Hubbard, Scott Hamilton, Warren Vache, Ken Peplowski, Harry Allen and Conte Candoli.

In British jazz, the young Barnes was recognized – and hired – by the established greats of the time:  Stan Tracy, John Dankworth, Kenny Baker, Bob Wilber, and Humphrey Lyttelton.  But he is equally respected for his longstanding and fruitful collaborations with contemporaries such as David Newton, Bruce Adams, and Martin Taylor.

Alan Barnes’s unique musicianship, indefatigable touring, and warm rapport with audiences have made him uniquely popular in British jazz.  He has received over 25 British Jazz Awards, most recently in 2014 for clarinet, and has twice been made BBC Jazz Musician of the Year. 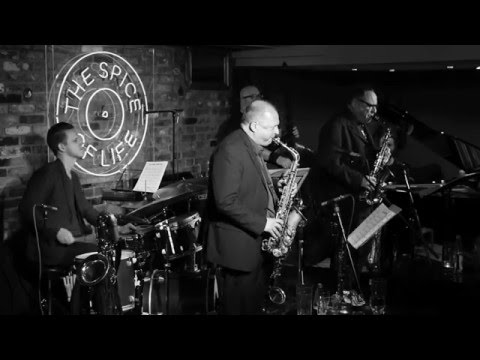 Gilad Atzmon is a British Jazz artist and author. Gilad was born in Israel in 1963 and trained at the Rubin Academy of Music, Jerusalem (Composition and Jazz). A multi-instrumentalist he plays saxophones, clarinet and ethnic woodwind instruments . His album Exile was the BBC jazz album of the year in 2003. He was described by John Lewis at the Guardian as the “hardest-gigging man in British jazz.” Atzmon tours extensively around the world.   His albums, of which he has recorded fifteenth albums  to date, often explore political themes and the music of the Middle East.

Over the years Gilad Atzmon's music has moved increasingly toward a cultural hybrid. As a bandleader and reed player he has been amazing his listeners with his powerful personal style that combines great bebop artistry and Middle-Eastern roots in a sophisticated, sometimes ironical manner. Influenced by Coltrane’s powerful approach on the sax, Gilad's live performances are simply breathtaking and overwhelming.

Tell us what you think of Alan Barnes & Gilad Atzmon: 'The Lowest Common Denominator' below..