Tony Kofi latest release ANOTHER KIND OF SOUL.  The session traces the explosive music of Julian “Cannonball” Adderley from his first sessions as leader in the mid-1950s through his work with Miles Davis to the soul-jazz of the 1960s. 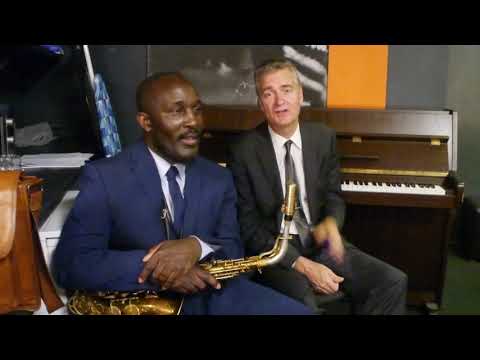 This acclaimed project, a loving celebration of the jazz giant (in every sense) Julian ‘Cannnonball’ Adderley has had a unanimous critical reaction: ‘Hard-bop heaven’ (Jazzwise) ‘Breathtaking’ (Northern Sky Mag) ‘Fantastically expressive players … the best gig that I’ve seen at Progress.’ (Jazz In Reading).  The band has played to capacity audiences at Ronnie Scott’s, the 606 Club, The Hideaway, The Vortex and many others jazz clubs and out of London, as well as at the Swanage, Southport, Wigan and Ealing Jazz Festivals.

In May 2020 Tony Kofi’s ‘A Portrait of Cannonball’ released its debut album Another Kind of Soul on vinyl, CD and digital formats by the Last Music Company.  It was awarded the Presto Music Award for one of the jazz albums of 2020.

With Andy Davies on trumpet, Alex Webb (piano), Andrew Cleyndert (bass) and Alfonso Vitale (drums) the group traces the explosive music of Cannonball from his first session as leader in 1955 through work with Miles Davis to the soul-jazz of the 1960s.  The repertoire includes Adderley brothers’ classics like Things Are Getting Better, Work Song, Del Sasser, Sack o’Woe and many others.

Tony Kofi won the Best Instrumentalist Award at the 2008 BBC Jazz Awards, Best Ensemble at the 2005 Parliamentary Jazz Awards, Album of the Year at the 2005 BBC Jazz Awards and was nominated for an award MOBO in 2008. Born in Nottingham to West African parents, Tony spent a four-year period at the legendary Berklee College of Music in Boston, USA, on a scholarship music diploma. Since then, he has performed with the World Saxophone Quartet, Clifford Jarvis, Courtney Pine, Donald Byrd, Dr. Lonnie Smith, Eddie Henderson and many others.  Between 2003 and 2004, Tony was an integral part of the Anglo-American Big

Band of Andrew Hill and the Sam Rivers Rivbea Orchestra; he has also recorded with Jamaaladeen Tacuma and Ornette Coleman, as well as with his own bands.  ‘[Kofi’s] improvising has an arrestingly raw power’ – The Guardian