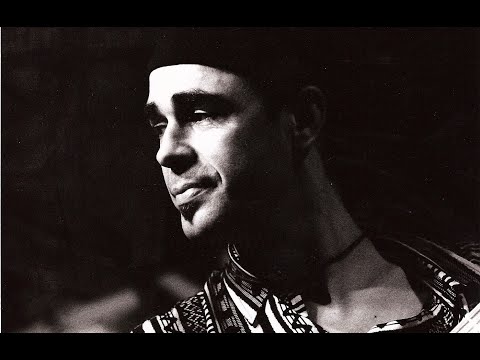 Audiences are guaranteed a powerful, dynamic show of wit, personality and musical virtuosity.

“One of the greatest acoustic guitarists” (THE GUARDIAN)

Antonio Forcione is an artist in every sense of the word, hailed as one of the most charismatic, unconventional guitarists at large in the musical world today. With a host of international awards under his belt, this eclectic composer never ceases to stun his audience on stage, leading him to be referred to as the ‘Jimi Hendrix of the acoustic guitar”.

His solo performances never fail to bring the house down, let alone when he is performing in duo, as a trio, or with his quartet of international musicians.

He breaks the mold of most conventional guitar sounds, be it in the field of jazz, Spanish, African, Brazilian or improvised music, with a ferocious virtuosity, passion and humor.  He has shared the stage and recorded with some of the world’s most accomplished musicians including Charlie Haden, Angelique Kidjo, Trilok Gurtu, Larry Coryell, Diego el Cigala and many more (see list below) as well as supporting giants such as Phil Collins, Bobby McFerrin, Zucchero and Van Morrison amongst others.

"…Passion, grace and fire" (THE TIMES)

Most recently Antonio has been touring and recording with the amazing AKA Trio - their album was nominated the ‘best world music album award 2019’ by One World Music. The trio has been touring and wowing audiences throughout Europe.  He has also been recording and performing with singer-songwriter Sarah Jane Morris as well as with Spanish flamenco star Arcangel and The Bulgarian Voices choir, touring under the name Estruna.

“A major international guitar virtuoso.. one of those very few entertainers who can cast a spell on almost any audience ... remarkable personal magnetism” (JAZZ FM)

Jansen Santana (multi-instrumentalist) was born in Salvador-Bahia-Brazil on the 10/09/1992. He began his music career at the tender age of 3.  He accompanied his father, the Artist Peu Meurray on his shows, who is his biggest musical influence, as well as his mother, singer Cida Nunes.

He has been involved in projects with different concepts and music genres, national and international percussion festivals, cultural and environmental projects. MUSIC is his 1st priority and way of life!

Currently living in London. He plays and produces with independent artists like him, dedicated to his solo work, in which he has been recording and composing, based on the researches of the places he visits, and the influences of the music on the streets of Salvador, Bahia, Northeast region of Brazil where he was born and raised.

Matheus Nova (Electric & acoustic Bass) was born in Bahia Brazil. Son of a pianist, he began learning music when he was 6 years old. Matheus is very popular in the Latin and London music circles and is recognised for his ability to ‘design’ astonishing bass lines. It has been said of him that he has the ability to “transform folkloric into “funkloric”.” Matheus has performed with many groups, including the Brazilian Samba Divas Elza Soares and Alcione.