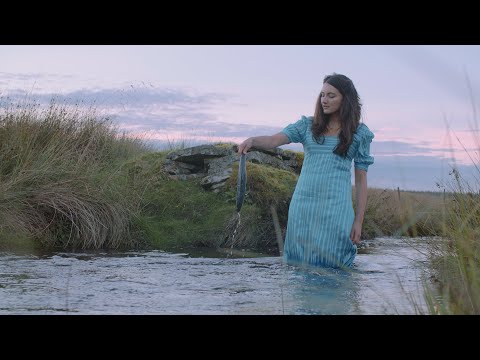 Nishla and Tom have been playing together for three years, and their symbiotic duo relationship has blossomed sideways into an array of creative projects– from staged work with cross-disciplinary theatre collective Ulita, to the contemporary interpretation of standards with jazz band, Shrews. At the core of their partnership is a deep respect for the history and culture of the music they play, and a preoccupation with drawing out the characters and stories they find there.

As a duo they’ve played for Manchester Jazz Festival, the Cubitt Sessions curated by Kings Place and Bridgewater Hall. With Ulita they’ve made work for Opera North, Lancaster Jazz Festival and Britten Pears Arts. Expect a collage of music– from original, some from the Great American Songbook– all approached with musical freeness, and drawn through their joint lens into a curious, winding narrative.

Nishla Smith is a singer and writer driven by a desire to tell stories. Her unique musical sensibility, along with this preoccupation with narrative, is recurrent throughout a diverse array of musical projects.

In 2020, she toured her first staged work, ‘What Happened to Agnes’, created in collaboration with visual artist Luca Shaw and jazz pianist Tom Harris. ‘Agnes’ was co-produced by Opera North and Leeds Playhouse, and toured nationally with support from Arts Council England.

Following ‘Agnes’, Nishla and her collaborators formed Ulita, a cross-disciplinary arts collective focused on creating music-driven theatre. She was awarded a ‘Developing Your Creative Practice’ grant to work with the Ulita team on a second show. ‘Sister’ will commence rehearsals at Britten Pears Arts this summer with support from Arts Council England, and has been selected as part of Mercury Musical Developments’ BEAM, a showcase for new British musical theatre.

Outside of her work with Ulita, Nishla heads up an original jazz band, the Nishla Smith Quintet. Formed out of a residency at Sage Gateshead, the quintet recently joined Jazz North’s Northern Line artist roster. Their recent performances have included Manchester and Lancaster Jazz Festivals, NQ Jazz, and Vortex Jazz Club, and they are set to release a debut album in 2021.

In November 2020, Nishla was selected as a CIty Music Foundation artist, and will work with them over the next two years to develop the different strands of her practice.

Tom Harris is a Mancunian pianist, improviser, and composer, most heavily influenced by Black American Music.

Most recently, he recorded an EP of freely improvised music with drummer Kai Chareunsy, set to be released in spring 2021.

Tell us what you think of LIVE STREAM: Nishla Smith with Tom Harris below..