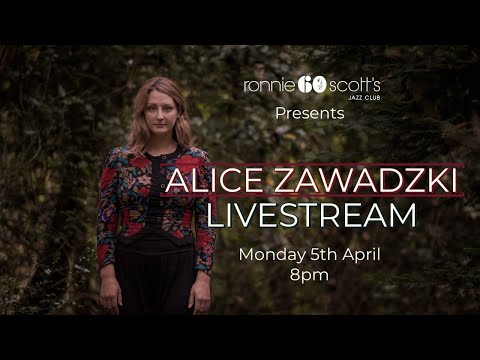 "Tender in spirit and defiantly anti-genre... A cornucopia of delights." 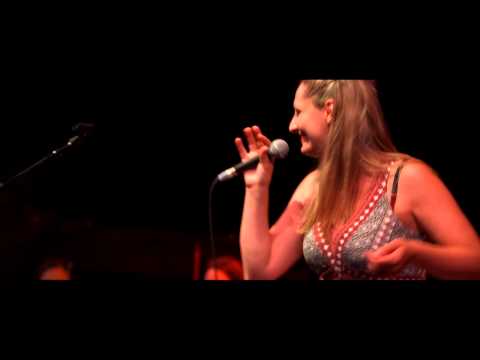 Loosely connected to the jazz world but realistically inhabiting her own realm, the critically acclaimed vocalist, violinist, pianist and composer, Alice Zawadzki presents music from her latest release, ‘Within You Is A World Of Spring’, as well as her trademark treatment of old roots, folk, and jazz songs, brought to life in a totally new dimension for this special evening. Declamations, reveries, and night-time rhythms are sparked by Alice's “whimsical hyper-creativity” (MOJO Magazine), inspired by her band of celebrated musicians, Pete Lee (piano), Nat Keen (guitar), Misha Mullov-Abbado (double bass), Ernesto Marichales (percussion) and Jason Brown (drums).

“Zawadzki's larynx is a supple, expressive, rousing delight... as maverick as Fever Ray or Joanna Newsome. Expect the unexpected"

“She is a genuine original” **** The Guardian

"An awestruck hymn to nature that masters all manner of styles."
ââââ (contemporary album of the month) The Guardian

“a major statement from an increasingly significant artist.” – Music OMH

Alice’s rich musical background and “whimsical hyper-creativity” (MOJO Magazine) create a sound which draws upon her early exposure to New Orleans jazz and gospel with the legendary Lillian Boutté who took Alice under her wing and on tour as a teenager, an extensive classical training as a violinist, and a continuous exploration of improvisation, poetry, and folk music from diverse traditions, “all propelled in a voice of velvet suppleness and gutsy emotional power” (The Arts Desk).â

She performs extensively as both a soloist and as a collaborator, with performances at major UK venues and festivals, including the Royal Albert Hall, Ronnie Scott’s, the London Jazz Festival, the Vortex, Celtic Connections, and internationally at festivals from Taipei International Jazz Festival (Taiwan) to Coventry Calling (Massachusetts, USA) to SÅ±dtirol Jazz Festival (Italy), Ottawa Chamber Music Festival (Canada), Musicá Impopular (Brazil), Usina Del Arte (Argentina) and many more.

âHer 2019 release, ‘Within You Is A World Of Spring’ (Whirlwind Recordings), was described by Jazzwise Magazine as 'a cornucopia of delights', and features a who’s-who of celebrated players, including guitarist Rob Luft, bassist Misha Mullov-Abbado, pianist, drummer and producer Fred Thomas, taegum player Hyelim Kim, and the Amika string quartet. This second solo album was met with vigorous critical praise, including being awarded Contemporary Album of the Month by The Guardian newspaper in October 2019, making the Top 20 Albums of 2019 from John Fordham and Jazzwise Magazine, as well as a host of other warm national and international reviews, BBC and Jazz FM radio play, live radio sessions, and a nomination for British Vocalist of the Year from Jazz FM.

In November 2019, Alice presented her orchestral versions of the songs from “Within You..” with a chamber orchestra of talented musicians from her alma mater, the Royal Northern College of Music. Alice performed this spectacular new show at the RNCM Concert Hall in Manchester and at Kings Place London for the London Jazz Festival to great acclaim, with London Jazz News describing the performance as “brimming with inspiration and a real depth of feeling”. Music OMH declared, “Alice Zawadzki is one of the sharpest talents currently at work in UK jazz…her Kings Place performance found her in captivating form, commanding a larger venue with confidence, wit and breeziness…a major statement from an increasingly significant artist.”

âShe released her debut solo album China Lane (Whirlwind Recordings) in 2014, a collection of original songs and arrangements infused with modern, ancient and invented folklore. China Lane was met with widespread critical acclaim, being made Album of the Week by BBC Radio 3, and making the The Guardian’s Best Albums End of Year List, described as “beguiling, unorthodox and pure” by The Independent, and “a real force to be reckoned with” by Jamie Cullum, who invited Alice and her band to perform live on BBC Radio 2 at Maida Vale. The success of China Lane also led to her nomination for British Vocalist of the Year by both Jazz FM (2015 and 2018) and the Parliamentary Jazz Awards (2015 and 2017), and she was selected to take part in Take Five, the professional development programme run by international music producers, Serious. 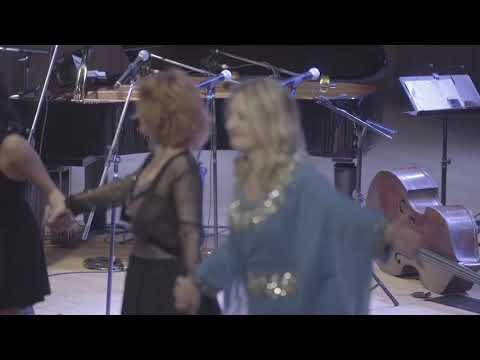 In May 2019, Alice was the vocal soloist with the City of London Sinfonia at the Queen Elizabeth Hall, singing a wide variety of songs inspired by birdsong in their programme Absolute Bird, and in August 2019 she played in duo with Philadelphia hip-hop legend Ursula Rucker in a headline set at the Jazz Cafe in London. In December 2020 she embarked on a tour of Argentina, including a headline performance at Buenos Aires' iconic Usina Dell Arte, and as a featured guest of the scintillating large-scale percussion group La Bomba De Tiempo at Konex, the centre of the city's club culture.

An in-demand interpreter of new music, Alice has had the privilege to premiere many new large-scale pieces, including playing the role of Satan in Seb Gainsborough and Rakhi Singh’s Paradise Lost with the Manchester Collective, Abel Selaocoe’s Mother Tongue, Daniel Cohen’s Reciprocity at the Ottawa Chamber Music Festival Canada, Alex Roth’s Arvoles Lloran Por Luvia at Battersea Music Hall, the role of Maisa in Alya Al-Sultani’s Two Sisters: An Arabic Opera at the Ahbab Festival in Cambridge, Peter Wiegold’s Third Orchestra at the Barbican, as well as performing virtuosic works for the voice including Arnold Schoenberg’s Pierrot Lunaire and Osvaldo Golijov’s Ayre – both with the Orquestra Filârmonica de Goiás in Brazil, and Louis Andriessen’s M is for Man, Music and Mozart, with Sinfonia Viva at Nottingham Symphony Hall.

In 2017 she was commissioned alongside Korean taegum player Hyelim Kim to create a body of new music for South Korea's K-Music Fest and Serious, with performances at the Vortex Jazz Club, and later at the Queen Elizabeth Hall. She has performed extensively on live BBC Radio in association with the London Jazz Festival, BBC New Generation Artists programme, and many others.

âHer striking ability to perform across and transcend genres whilst retaining her own expressive and intelligent musical style gives her a unique accessibility, and her distinctive voice can be heard on countless film and television scores, including Disney’s major motion picture African Cats, written by Nicholas Hooper, and Charlie Brooker’s Black Mirror. She also performed live throughout Germany as the vocal soloist with the Prague Philharmonic for George Fenton’s BBC Planet Earth Live in Concert arena tour, and as the vocal and fiddle soloist in James Horner’s iconic score of the film Titanic, performed live internationally with the Kansai Philharmonic, (Taiwan) Osaka Symphony and Tokyo Philharmonic, (Japan), Moscow City Symphony Orchestra, and the St Petersburg State Symphony Orchestra (Russia), and later as soloist at the Royal Albert Hall for the biopic of James Horner “A Life in Music“.

She has performed on acclaimed albums for labels including Whirlwind Recordings (China Lane), Babel (What Do You See When You Close Your Eyes? – The Moss Project), Chaos (Impossible Things – Corrie Dick), Odradek (Lela – Dan Whieldon), Boombetter Records (Lifecycles – Engines Orchestra), and Ubiquity Records (The Myth of the Golden Ratio – United Vibrations).

She trained in jazz singing and composition gaining an MA from the Royal Academy of Music, with a scholarship from the Musicians Benevolent Fund, after completing undergraduate studies in classical violin at the Royal Northern College of Music, where she also won the Hilda Collens Prize and the Cove Park Emerging Artists Residency, supported by the Jerwood Foundation and the Scottish Arts Council.

Alice has delivered vocal and improvisation workshops for several UK universities and conservatoires, for Tomorrow's Warriors, Live Music Now, the Irish Chamber Orchestra, and many more. She is currently a member of Play For Progress, an organization based in Croydon who provide music workshops and friendship to unaccompanied teenagers who have or are seeking refugee status in the UK.

During the 2020-21 pandemic, Alice has worked intensively with The Spitz Charitable Trust, delivering therapeutic music sessions for residents and staff at Bridgeside Lodge care home.

Tell us what you think of LIVE STREAM: Alice Zawadzki below..