Due to one of Robert's band members testing positive for Covid, the whole group now need to isolate but we are delighted to present Jason Rebello and his group. We wish them all a speedy recovery.

Celebrated British jazz pianist Jason Rebello was labelled a veteran by critics at 19 and over the next decade won most of the major jazz music awards. 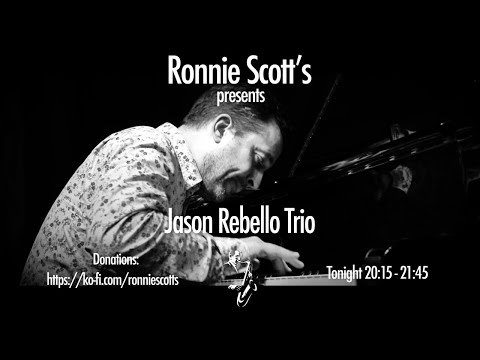 “In terms of sheer ability and potential, Jason is probably the finest young jazz musician this country has produced. His playing has great poise and maturity, which is unusual in somebody so young.”

“At 21, he’s probably the most gifted and fluent pianist to emerge in Britain since Django Bates”

Classically trained but inspired by Herbie Hancock, he came to the attention of one of the founders of jazz fusion, Weather Report’s saxophonist Wayne Shorter. Impressed by his musical fluency and style, Shorter produced his No 1 debut album A Clearer View October 1990 Novus PD 90527.

In 1999 Jason travelled to New York to record  Next Time Round with his trio featuring Jeff ‘Tain’ Watts and talented British bassist Orlando Le Fleming. The album was a return to acoustic jazz.

“…No one has ever doubted that Rebello is possessed of a great pianistic gift – His great technical strengths, delicacy of touch, fluency of execution, a burnished, pellucid tone had been easily and naturally harnessed in the service of a lyrical immediately attractive melody imbued with an affecting, faintly melancholic earnestness”

Technique, diversity and adaptability have enabled Jason to work with artists across the musical spectrum such as Peter Gabriel, Phil Collins, Pee Wee Ellis, Joss Stone, Madeline Peyroux, Manu Katche and recently Charlene Soraia. In 2007 Jason inspired by family life in Bath embarked on the Jazz Rainbow project. Created as through of a love of teaching and a belief that expression through music is an important part of a child”s development, Jason has worked nationally to promote learning through musical workshops in schools. The project resulted in Jazz Rainbow November 2007 JUMBY RECORDS JRCD1, a charming reinvention of much loved children”s tunes the whole family could enjoy.

Following the untimely death in 1998 of piano legend and personal hero Kenny Kirkland, Jason was invited by Sting to take his seat in the band. Jason recorded with Sting on his Grammy winning album Brand New Day 1999 and Sacred Love 2003. He toured the world as part of Sting’s band for 6 years and on the night of September 11 2001, Jason recorded the live DVD and CD All this Time at Sting’s home in Tuscany.

It was through an introduction from Sting that Jason met guitar legend Jeff Beck. Beck was looking for a new keyboard player to follow Jan Hammer. He was keen to recruit Jason, whose keyboard skills and musical versatility complemented Beck’s love to improvise and experiment in the world of fusion.

Jason once again toured the world as part of Beck’s band for 6 years, and was introduced to the world of Rock music. He worked together with Beck on his 2010 album Emotion and Commotion and co-wrote the single Hammerhead which won a Grammy for Best Rock Instrumental Performance and was voted a Rock Classic by Planet Rock Radio.

In 2018 he recorded on Tim Garland’s Album ‘Weather Walker‘.  Jason continues to teach, lecturing at various schools and music colleges including The Guildhall School of Music and Bath Spa University. He also helped to set up the Jazz Factory at the Wiltshire Music Centre. 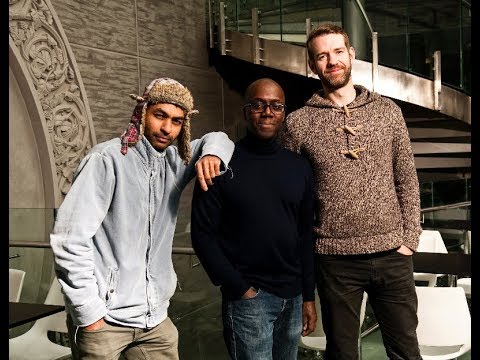 Shirley Smart is recognised as one of the UK’s most versatile and creative cellists – being equally at home and well versed in jazz and Middle Eastern music, as well as classical music. She was also highly active on the jazz scene, working with artists including Avishai Cohen, Omer Avital and Yasmin Levy. Since returning to the UK, she has worked with Antonio Forcione, Mulato Astatke, Gilad Atzmon, Neil Cowley, Julian Ferraretto, Alice Zawadzki and Robert Mitchell.

‘...some of the most inventive use of the cello I’ve heard for some time.’ Kind of Jazz

‘One of the best improvising cellists in the UK’. The  JazzMann

She leads her own trio, with John Crawford on piano, and Demi Garcia Sabat on drums, and band Melange.

'Mitchell draws influence from many musical styles in his playing; jazz, latin, funk, blues, classical... all components that go towards making the pianist what he is; a truly original virtuoso. Melodies are often pushed towards surprising destinations, versatile styles weave patterns of magic that enliven and delight, his controlled virtuosity singing songs within songs, portraying thoughts within thoughts and summoning light from dark, a rainbow of colour washing away grey clouds.'    Mike Gates, UK Vibe (Album of the year)

The two shows tonight celebrate Robert's 50th birthday, one of the most significant voices in British jazz that is the pianist, keyboardist, composer, improviser, writer, poet and so much more. He is a relentless seeker and thinker, encompassing many art forms, musical genres and constantly pushing the envelope.

He was MD on the successful BBC4 television programme 'Jazz 625 Live: For One Night Only' which won the British Broadcasting Award. He has played with Billy Harper, Greg Osby, Courtney Pine CBE, Alicia Olatuja, Orphy Robinson, Steve Coleman, Phil Ranelin, Omar Puente, Ernesto Simpson, Daymé Arocena, Jason Rebello, Shirley Smart, Basement Jaxx, Dub Colossus, Daniel Casimir, Joshua Redman, Jacqui Dankworth MBE, and many others. Robert Mitchell’s works have been performed by the Grammy-winning Bournemouth Symphony Chorus and the London Sinfonietta, amongst others. He is a sought-for composer and known as an innovator with a distinct, unique voice.

'The astonishing Robert Mitchell, familiar as the pianist and MD for the recent ‘BBC Four celebrates Jazz 625 For One Night Only’, took the keyboard apart in every sense of the word. He uses both hands and sometimes cross-hands with equal force to build solos of unbelievable depth and complexity. Urged on by his fellow players and the awe-struck audience, his playing became ever more audacious as the evening progressed.'  thejazzmann.com