“The most disrespectful drummer in London” 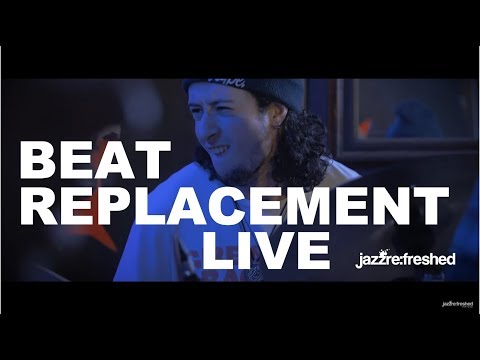 Gary Husband is one of a rare breed of musicians in that his expression is divided equally in his capacity as a drummer and a keyboardist of international repute. His classical roots, his quest and development in the improvisational, jazz and jazz/fusion areas – not to mention his tenure in the pop, rock, funk and blues circuits – are all evident inside Gary’s distinct and far- reaching musical personality.

Jamie Murray is one of the great upcoming drummers on the scene today. A forward thinking and conceptual player with a solid groove style yet he has an open-minded approach to free experimentation. His performances are always fresh and exhilarating! Jamie has a strong sense of writing, his compositions are personal and original with an electronic/jazz/fusion style attached to them.

Jamie has played with most of his contemporaries and peers in the London Jazz Scene as well as crossing into the electronic pop world, playing and recording with Jazz giants from the Sun Ra Arkestra, Knoel Scott and Cecil Brooks as well as many other musicians in today's Jazz scene. Currently Jamie is involved in a number of projects consistently touring Europe and the USA as a sideman and also as a bandleader. His current projects “Beat Replacement” and “JZ Replacement” have enabled Jamie to perform across the world in the Jazz/Crossover scene performing with some of the most innovative and forward-thinking musicians of today.