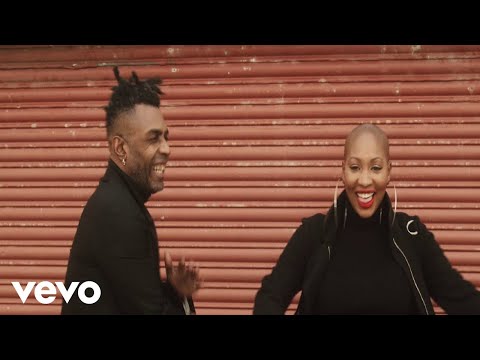 Designated by many as the father of British neo-soul, singer/songwriter/producer Omar began as one of the U.K.'s most promising R&B hopefuls with his early-'90s international hit "There's Nothing Like This." Unintentionally avoiding pop stardom, he chose never to compromise his artistic credibility, and because of that, people like India.Arie, Erykah Badu, Angie Stone, Gilles Peterson, and his biggest idol, Stevie Wonder, are all personal fans (with the prior three naming him an influence). Although he gets thrown into the R&B category, Omar has no real definitive boundaries. In interesting new ways with each album, he has moulded soul and urban music to fit his wide variety of influences, including ragga, hip-hop, funk, jazz-pop, rock, and Latin/Caribbean dance. Despite his lack of chart success, his original techniques have garnered him a strong legion of followers in the U.K. and a devoted fan base in diverse regions across the world.

The musical history of British soul pioneer Omar is renowned – the Lyefook family has musical talent embedded deep in their DNA, Omars’ father Byron worked as a studio musician and drummer with Bob Marley, Horace Andy and even The Rolling Stones. Omars’ younger brother, the Grammy winning producer, remixer and DJ professionally known as Scratch Professer has been making jaws drop since the age of 13, stunning the crowd at the 1988 DMC UK Finals with his turntable skills. Samia Lye-Fook (Omar’s sister) is a renowned vocalist in her own right, and a BRIT School alumna, then there’s their big brother….Omar.

Born October 14, 1968, in London but raised in Canterbury, gifted, prolific and considered a musical prodigy; Omar learned his craft classically, playing the trumpet, piano, bass guitar and percussion. A former principal percussionist of the Kent Youth Orchestra and later a graduate of the Guildhall School Of Music, Omar has been making music for more than 32 years.

Back in 1985 he released his first single ‘Mr Postman’ on his father Bryons’ Kongo label, which was also the original home for his first album, which contained the track that changed everything… ‘There’s Nothing Like This’. That album was re-issued by Gilles Peterson on his Talkin’ Loud imprint in 1991. This album established Omar as a stand out and unique artist, with ‘There’s Nothing Like This’ hitting the charts, so began a musical chain of events that has continued unabated up to the present day.