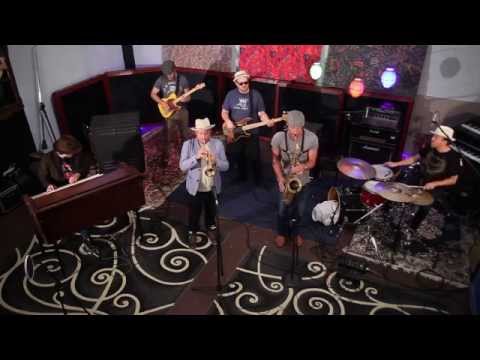 Back at the club for the first time since their debut release the band are currently showcasing material from their latest EP ‘Soho Filth: Live from Dean Street Studios' (out 12/11/21 on Color Red Music), featuring new single ‘Mr Shmingle Bangle’ (w/Snowboy) which brings a little Caribbean flavour to their tasty soul jazz stew!

The Filthy Six are one of the most exciting, authentic soul jazz outfits in the UK today and have established themselves as one of the most electric live acts on the scene. Their soaring horns, blistering guitar and gut-wrenching organ are fuelled by one of the hardest grooving rhythm sections around, producing a hip-shakingly powerful mixture of jazz, funk and boogaloo totally in keeping with the finest traditions of the late 60s Blue Note/Prestige sound. Led by trumpeter Nick Etwell (Tom Jones, David Axelrod, Jill Scott), this collection of musical gunslingers have worked with some of the biggest names in Music; including Amy Winehouse, Beck, Mavis Staples, Mark Ronson, Jack White, Dionne Warwick, Ronnie Spector, The Foo Fighters, Chrissie Hynde, Mumford & Sons, Robbie Williams, Spiritualized, James Taylor Quartet and the Atomic Bomb Band to name a few. These instrumental groove merchants fuse boundless energy and musicianship to create tight, funky music for the mind, body and soul.

"The improvisational quality and overall musicianship undoubtedly retains that Blue Note brilliance we've come to expect from the ever studious Filthy Six… showing the real depth these guys have as musicians and reinforcing the stride these scamps are most definitely in!” (8/10) - Blues & Soul Magazine