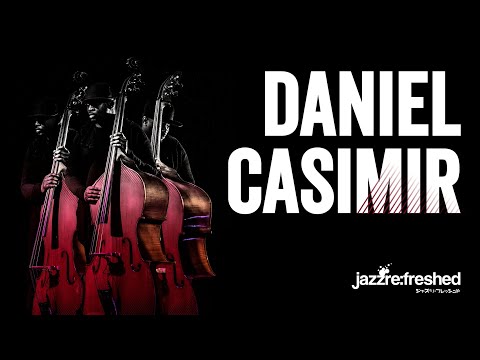 Described to have won the Young Jazz Musician Award “with great mix of communicativeness, simplicity and sass” and winner of the Jazz FM "Instrumentalist of the Year," Multi-award winning bassist and composer Daniel Casimir has become a regular fixture within the UK jazz scene. Providing his heavy weight upright sound for the likes of Nubya Garcia, Ashley Henry, Camilla George and Binker Golding to name a few.

Between graduating from Birmingham Conservatoire and completing his masters at Trinity Laban, Casimir attended the brilliant and necessary free, music development foundation, Tomorrow’s Warriors, where he would go on to perform with several key players on London’s now famed musicians circuit, as well as release his debut EP Escapee in 2017. Casimir has gone on to feature on all of Nubya Garcia’s recorded output to date as well as projects by Makaya McCraven & Ashley Henry, as well as performed with Lonnie Liston Smith, Jason Rebello amongst others.

Alongside saxophonist Wayne Shorter and his hybrid orchestral jazz projects, Casimir’s Boxed In was part-inspired by a conversation with legendary composer/producer, Quincy Jones back in 2018 at the opening of Jones’s jazz club in Dubai. “What was really interesting to me was that he has worked with so many iconic jazz musicians, but he was talking a lot about classical music and orchestration. I think he was somewhat relieved to be around musicians that were interested in the music, his compositions and process rather than the prolific stuff”. Outside of music, another significant influence on the album came from Derek Owusu’s groundbreaking 2019 collection of essays, reflecting on the Black British male experience, titled Safe.

Such was the impact on Casimir, Owusu’s Safe becomes the broad thematic skeleton of Boxed In, with its namesake being split into three parts across the album, the first of which opens proceedings in a purposeful up-tempo style, with stylistic touches of Roni Size-esque drum & bass (in part courtesy of drummer/producer polymath, Moses Boyd), seeping into the larger whole. The album title track follows, with saxophonist, Nubya Garcia’s soaring tenor taking lead, with the anthemic orchestral accompaniment at the end particularly rousing, this follows into New Waters (a sampled cut of previous track, Boxed In) and the introduction of vocalist Ria Moran, with Casimir’s weighty production treatment providing a moodier, contemplative alternative to the original. 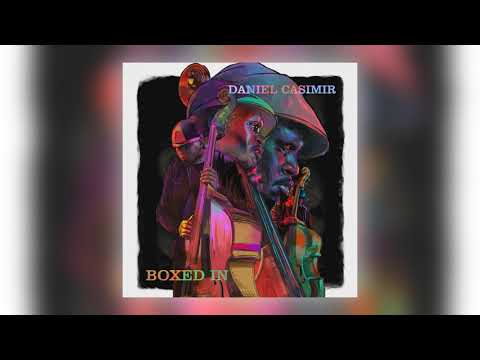