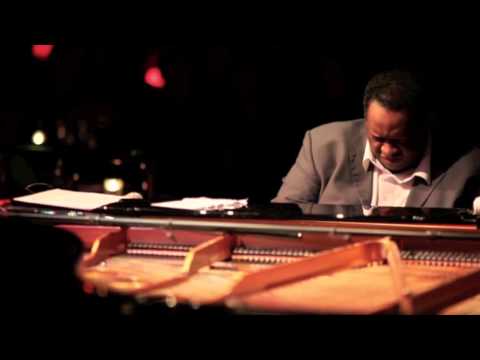 Tonight, Ronnie Scott’s plays host to perhaps the UK's best known and loved pianist Julian Joseph. World-class pianist/composer/educator/band leader and BBC Radio 3 presenter Joseph is one of the UK music scene’s national treasures. Never failing to inspire with his mastery of the keyboard, the versatility of his musicianship and limitless creative imagination, he brings his hard swinging and charismatic trio featuring Mark Hodgson on bass and Mark Mondesir on drums. Joseph has a vast catalogue of originals some adapted from his operas and other large scale works in conjunction with timeless classics tailored for the trio in this most pristine of club settings. Expect an evening of great music delivered with breath-taking passion and hard-swinging drive and energy.

JULIAN JOSEPH: Acclaimed as one of the finest jazz musicians to emerge this side of the Atlantic, Julian Joseph has devoted his long career to championing the music across the British Isles and into the far corners of the globe. He has forged a reputation beyond his formidable skills as a composer and performer and is universally recognised as a highly knowledgable and engaging broadcaster, musical ambassador and cultural advocate. His charitable work and generous skills as an educator have made a major contribution to Britain’s cultural landscape and heritage. He is a greatly admired and respected figure in British Jazz, celebrated for his service to others and for sharing all the benefits of his life in music to inspire the musicians of the future.

Over the past 35 years, Julian has made ground-breaking advances for jazz in the UK. He was the first Black British jazz musician to host a series at London’s Wigmore Hall, and the first to headline a late-night concert at the BBC Proms with his All Star Big Band. As a composer Julian has written original works for symphony orchestra, big band and chamber ensemble, and received major commissions from the BBC, the Hackney Music Development Trust, the City of London Festival and the London Jazz Festival. His operas and dance works – Bridgetower (2007), Shadowball (2010), The Brown Bomber (2012), Othello21 (2020) – have not only brought key moments in Black history into sharp focus, but given children a rare opportunity to perform in and discover both classical and jazz music. Trench Brothers (2014) – a fusion of music, theatre and puppetry dramatising Black British soldiers’ experiences of the First World War – has been touring in schools across the country. Meanwhile, a new operatic work based on the legend of Tristan and Isolde was premiered at London’s Southbank Centre in the autumn of 2018.

Through his patronage of a variety of educational programmes, Julian has become a formative presence in the dissemination of jazz music and its heritage to children of all ages. Since the launch of the ABRSM jazz syllabus in 1998, he has been at the forefront of initiatives to introduce jazz into mainstream music education, culminating in the foundation of his own Jazz Academy in 2013. His work has been recognised by many major cultural organisations, including the British Academy of Songwriters, Composers and Authors, which awarded him a Gold Badge in 2010, and the Ivors Academy, which made him their 21st Fellow in December 2020. In 2018 he was awarded an OBE in the Queen's Birthday Honours.

As well as performing, recording, teaching and broadcasting (both on radio and TV), Julian has also recently turned to writing, publishing his first book, Music of Initiative, in 2018, in which he shares unique insights into the philosophy and practice of jazz performance.