Saxophonist Wayne Escoffery is renowned for his fiery, muscular and virtuosic tenor playing, but his explosive sound is paired with a soft-spoken and thoughtful demeanor off the bandstand. In many cases both of those aspects of his personality can be credited to the same inspirations, giants of the music who paired estimable talents and imagination with rock-solid integrity.

On his latest album, The Humble Warrior, Escoffery pays homage to those figures with his most ambitious and wide-ranging set to date. While Escoffery himself strives to represents the tenets of a Humble Warrior, it would be easy for him to act otherwise given his stand-out career and ample accolades. 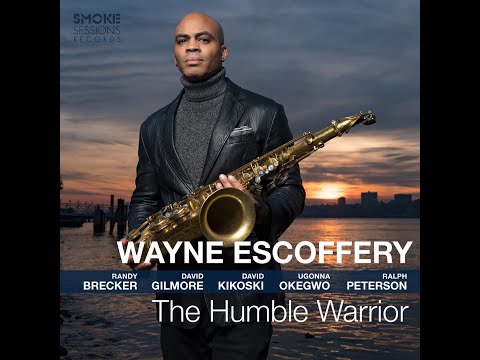 Wayne Escoffery: 2014 Downbeat Critics Poll Rising Star Winner and Grammy Award winning tenor saxophonist Wayne Escoffery has become one of the Jazz world’s most talented rising stars and in-demand sidemen. He has recorded eight studio dates as a leader and been on numerous other recordings. He began his professional career touring and recording with The Eric Reed Septet.

Since then he has been a member of many groups including The Mingus Big Band, Orchestra and Dynasty, Ron Carter’s Great Bigband, Abdulah Ibrahim’s Akaya, The Ben Riley Quaret and Jazz At Lincoln Center’s "Music of the Masters" consisting of musicians hand picked by Wynton Marsalis to perform the music of Jazz legends Dexter Gordon and Miles Davis. In 2006 Wayne secured one of the most coveted gigs in jazz: a frontline position in Tom Harrell’s working quintet.

He is currently a member of the quintet and to date has recorded seven CDs with the group and co-produced four of Harrell’s releases including Prana Dance, Roman Nights, The Time of the Sun and No. 5 . In addition to being a part of some of the last true “apprenticeship” opportunities of our era, Wayne leads his own quintet featuring five year Miles Davis Band veteran Adam Holzman on keyboards. The group’s Sunnyside Records recording The Only Son of One received critical acclaim and 4 stars in Downbeat Magazine. His new quartet with pianist David Kikoski, bassist Ugonna Okegwo and drummer Ralph Peterson puts him back in a more acoustic environment. In February of 2015 the group appeared for a week at famous Village Vanguard Jazz Club and went on to do a three week European tour.

During his career Wayne has consistently shared his knowledge and expertise by presenting master-classes for students of all ages overseas and in the US. He is currently the saxophone instructor at NJPAC’s Jazz for Teens program in Newark, New Jersey as well as a part of the resident ensemble of the Jazz educational organization JazzReach. The vast array of contributions

Wayne has made to the Jazz world in such a short time leads seasoned industry professionals like Niel Tesser to write "Pay special attention to tenor man Wayne Escoffery, whose rapid development - from album to album (and seemingly solo to solo) - has given us a jazz hero for the coming decade. 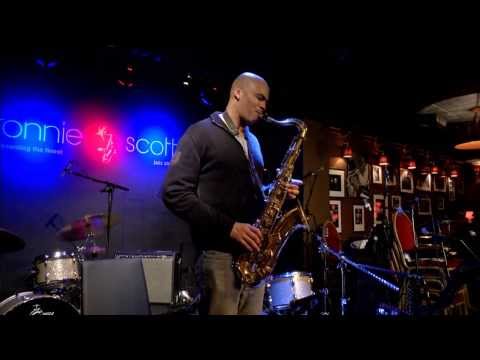