Light of the World

Light of the World

With a string of classic Brit funk, dance anthems notched up in the late 70’s and early 80’s there’s little doubt that Light Of The World laid the foundation for the British dance/street soul movement. 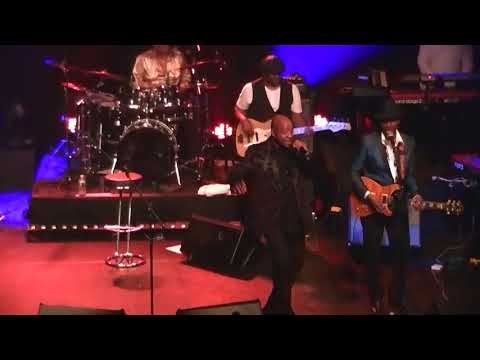 Light Of The World are back performing live and, in the studio, again led by a creative nucleus of GEE BELLO (vocals, percussion), NAT AUGUSTIN (vocals, guitar) and MEL GAYNOR (drums) enhanced by other great British and American musicians who join them for recording and live work.

The critically acclaimed No1 UK album of 2020 “JAZZ FUNK POWER” showcases a unique hybrid of music which meshes their considerable musical and authentic abilities.

“Great Soulful tunes with a nostalgic feel but remaining contemporary, reaching into the past to bring us what the present needs” (John Osborne, Jazz FM)

Gee Bello explained: “With our records still being played on local, national radio and now digital streaming platforms, we realised our music also has a timeless quality; therefore Jazz Funk really does have Power and Energy and has allowed us to begin touring again and spreading our message of unity and harmony”

Originally a forerunner of the late 1970s/early 1980s British jazz-funk movement, the band's name is taken from the 1974 Kool and the Gang album, Light of Worlds. After performing many shows throughout the United Kingdom the band recorded some demo tracks. After being played in a few clubs by DJ Tom Holland, the tracks were heard by fellow DJ Chris Hill who was also a co-partner of Ensign Records along with Nigel Grainge. The band were given a recording contract and recorded their debut album Light of the World. They recorded their most popular album, ‘Round Trip’, with producer Augie Johnson of the group Side Effect as producer. Gee Bello and Nat Augustin signed a contract with EMI Records. They recorded an album for EMI called Check Us Out which yielded the popular track No 1 Girl. In 1999 Light of the World recorded an album Inner Voices. With 20 years having passed since Inner Voices, Light Of The World featuring Gee Bello, Nat Augustin and Mel Gaynor released an EP on 7 August 2020 called "Temperatures Rising' which reached Number 1 on Amazon Hot Releases in R and B digital chart. They also announced the first new album from the band in twenty years entitled ‘Jazz Funk Power’ to be released on both CD and vinyl.