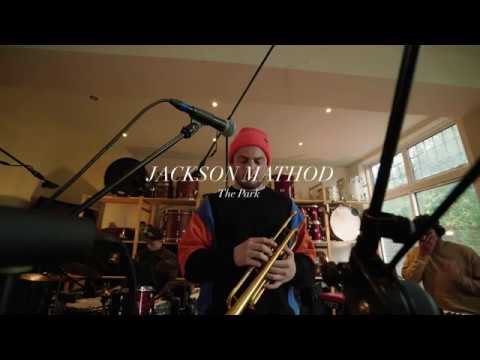 Following on from a successful year of releases with support from the likes of 6 music, Jazz FM and

Worldwide FM, as well over 500k streams to date, Jackson Mathod is delighted play at Ronnie Scott's under his own name.

The 28-year-old trumpet player studied Jazz at Guildhall, where he developed his undeniable skills on the instrument and sensibility for song writing. However, never feeling fully embedded in the jazz world, he quickly went onto the session musician circuit, playing for high profile artists such as Stormzy or Jordan Rakei.

A performer at heart, he started his own function band in parallel, with the role of frontman to fulfil his love for singing. “I’m really trying to just follow where my subconscious is taking me musically. I guess this explains why there's so much diversity in my music."

During lockdown, he performed mini concerts outside his flat, where people would come and sit down on their own chairs with a beer or glass of wine from home or the pub!

Eoin Walsh is a bass player, music producer and mixing and mastering engineer from Ireland. Having spent the first years of his career working in his home country, he is now establishing himself in the UK music scene. Eoin has performed throughout the world with such renowned musicians as Mark Lettieri, Jason JT Thomas, Ariel Posen and Wes Stephenson and has been particularly active in the traditional/world music/folk music scene having worked with Dónal Lunny, Sylvain Barou, Pádraig Rynne, Pauline Scanlon, Muireann Nic Amhlaoibh, Jarlath Henderson and Kris Drever.