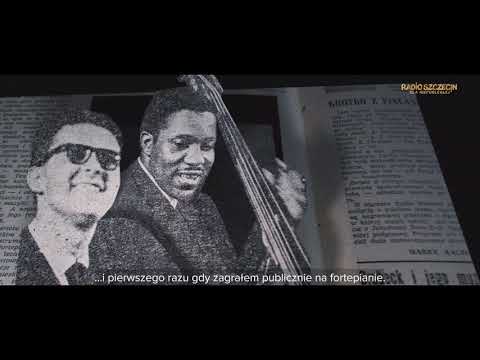 The Darius Brubeck Quartet, like so many others, was stopped in its tracks for over a year and a tour launching their CD Live in Poland, ended abruptly. It was on Downbeat’s 2020 list of top-rated albums and the group will feature this music, as well as favourite hits from Dave Brubeck’s Time Out and some South African music in honour of the great sax player, Barney Rachabane, who died recently.  Darius played with Barney for many years in the band Afro Cool Concept.

The quartet (Darius, piano; Dave O’Higgins, saxophones; Matt Ridley, bass; Wesley Gibbens, drums) has been together now for nearly 15 years and has proved very popular with audiences up and down the United Kingdom and abroad. In the last few years, the DBQ has played in South Africa, Romania, Germany, Italy, Ireland, Israel, Russia and of course Poland.

The Darius Brubeck Quartet has travelled the world and released three critically acclaimed CDs, Cathy’s Summer, Years Ago and their most recent, The Darius Brubeck Quartet: Live in Poland, recorded at the end of their historic 2018 tour and released in December, 2019. Live in Poland was given four stars in the May 2020 issue of Downbeat, five stars in the March issue of Jazzwise and praised in The Financial Times. (see REVIEWS). Unfortunately, COVID restrictions prevented the group from touring this year but many dates are being re-scheduled in 2021. (see CALENDAR) Detailed information will be provided as it becomes available.

Concerts always include Darius Brubeck compositions, South African jazz, and certain ever-popular Dave Brubeck hits. The Quartet’s mutual understanding and interaction is a pleasure to see and hear and their acoustic sound is melodic, spontaneous, rhythmic and engaging.

Tim Dickeson had this to say in Jazzwise, “Darius showed without doubt that he is a highly accomplished pianist and composer-but Dave O’Higgins must take huge credit for his contribution (as should Ridley & Gibbens) – as the combination of Brubeck and O’Higgins is certainly among the best piano/sax partnerships in the UK.” Clearly audiences feel this is still the case.