“In my head I wanted it (the band) to be an organisation, a force to be reckoned with,” explains Kavuma.  “Everybody brings something to the table whether it’s verbally or musically and everybody has a big part to play.”

Born and partly raised in Uganda, Mark Kavuma is a young trumpeter coming to prominence with his debut album Kavuma on Ubuntu Music.
Born and raised in Uganda, Mark Kavuma is a key young trumpet player on the British jazz scene. He leads his own band, as well as playing with Jean Toussaint’s Young Lions, Jazz Jamaica and Nu Civilisation Orchestra. Mark is a driving force of the dynamic, young London jazz scene. His debut album, 'Kavuma' (Ubuntu Music), is a London-New York collective of exceptional artists who deliver soulful jazz. Their purpose is to get people to dance, by feeling the music’s heart and soul. 'Kavuma' is all about bringing people a good time, which they will do in a very big way at PizzaExpress! He leads his own quartet, the 'Floor Rippers' house band, along with his main outfit, 'The Banger Factory'.
In 2012 Mark was featured as guest soloist with Wynton Marsalis and the Jazz at Lincoln Centre Orchestra having been voted best soloist at the very first 'Essentially Ellington' competition in the UK. In 2013 saw Mark involved in the National Theatre’s production of 'The Amen Corner'. He also had the opportunity to play with the great Mulatu Astatke, play a support slot for Wayne Shorter at the Barbican, and was also featured on trumpet in 'The El Train' at Hoxton Hall (directed by Sam Yates and Ruth Wilson). In 2014 Mark toured the world featuring in Peter Brooke’s production of 'The Suit', and in 2015 he went on the road with the legendary Salif Keita and Les Ambassaduers.
In 2016 Mark performed again as guest soloist with Wynton Marsalis and the Jazz at Lincoln Centre Orchestra performing the Gershwin songbook at the Barbican, before resuming his studies at Trinity College of music. He featured in Hoagy B Carmichael’s production of 'This Joint Is Jumpin' at the Other Palace Theatre (2017) before working on his debut album on Ubuntu Records, launched in a sold out show at Ghost Notes. 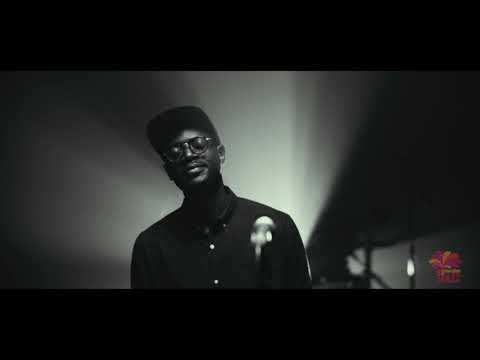 The gang of brothers, they are the finest and most exciting live act on the scene. With a new album fresh off the press. This is a special jazz outfit, well established and proven. Several years in making, they now have two very well received and critically acclaimed albums on Ubuntu Records (including “Kavuma” LP voted among the best albums of the year 2018 by Downbeat magazine). With the latest one fresh off the press and the first on a brand new label Banger Factory Records. “Arashi No Ato” is the newest offering from the band.

Kavuma stands at the helm of this remarkable group of talented individuals with extraordinary musical abilities.  He infuses this indelible musical movement with the energy, attitude and swagger of a new generation of creators.  Musically, Kavuma has a unique and distinctive sound on the trumpet. His lyricism, soulful tone and grace of technique spread infectious joy and mutual excitement among audiences and fellow musicians alike.

This band is like a family. The gang of brothers that exude tonnes of joy when witnessed on stage. The ensemble sounds like a band of old dogs in a clear and positively assured sense. Full of energy, vibe, blues, rhythm, gospel, soul and emotions they are one of the finest and most exciting live acts on the scene.