The Oxley - Meier Guitar Project is a band which plays original music that can loosely be termed as ‘world-jazz’. In a longer strap-line, they describe their music as ‘taking the listener on an aural journey from Turkey to Brazil.’ Ralph Towner ( ECM stalwart and Oregon hero) said of these guys:

“This album is a wonderful example of the high level of music that can be made by combining two great guitarists/composers/improvisers such as Pete and Nicolas. They have put together a feast of virtuosity, delivered with depth, wit and joy” 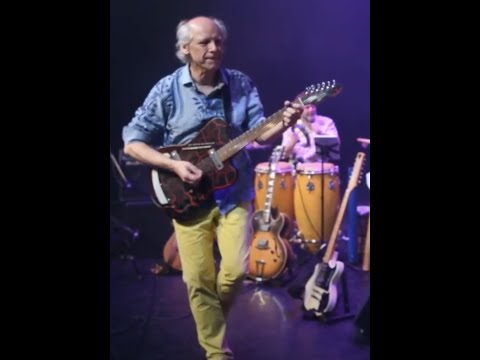 Any gig will see the guitarists using a wide array of instruments, including: fretless guitar; electric 12-string; sitar guitar, Glissanter (11-string, fretless); 7-string nylon….  The rhythm section are the ‘as one’ pairing of Raph Mizraki (acoustic and electric basses; assorted occasional percussion) and drum-meister, Paul Cavaciuti.

A concert of uplifting music is assured for you; as The Guardian put it: “These two resourceful maestros reach out to a wide audience” 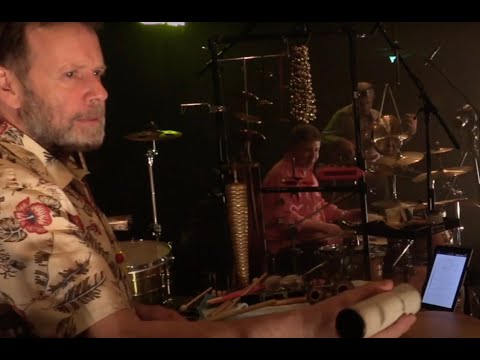 Pete began his musical career in Paris in the mid ‘80s before relocating to the UK in 1997. Shortly afterwards he opened The Spin jazz club in Oxford which in 2012 won the Parliamentary jazz award as ‘The Best Jazz Venue In The UK’. Pete regularly performs with some of the world’s leading jazz artists including Chris Garrick, Gilad Atzmon, Tim Whitehead, Dave O’Higgins, John Etheridge and his own band Curious Paradise. He has now released 14 critically acclaimed CDs featuring his original compositions.

As a composer, Pete was selected as one of only a handful of British jazz musicians to have his compositions included in the definitive ‘European Real Book’ (Sher Music). www.peteoxley.com

With his unique style that is a blend of Metheny-esque jazz and Turkish inspired world music, Nick has toured extensively around the world with his band the Meier Group. This wonderful band (featuring sax maestro Gilad Atzmon and Dave O'Higgins) won the overall prize for ‘best band’ at the Juan-les-Pins jazz festival!

His recent album Kismet is a wonderful heady mixture of Flamenco, jazz, Latin, and Middle Eastern music. His prodigious jazz talent is matched by his other great passion: playing heavy metal guitar in his scorching group ‘Seven7’.

Nick was, for the last three years, guitarist in guitar supremo, Jeff Beck’s band, with whom he toured all over the world, performing at major venues and festivals. He has recently recorded a stunning album with the A-lister rhythm section of Jimmy Haslip (Yellowjackets) and Vinnie Colaiuta (Sting, Frank Zappa etc.). www.meiergroup.com