Emma Rawicz's presents her debut album 'Incantation' as well as this new project for her first main-stage appearance at Ronnie's under her own name collaborating with established musicians on the UK scene. Her music has a unique sound, fusing all her many influences, and her compositions range from lilting Afro Cuban inspired grooves to hard hitting funk numbers. 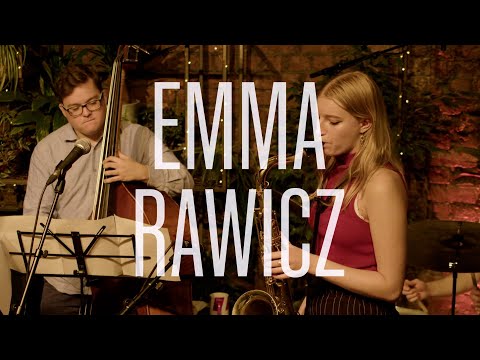 Emma Rawicz – Saxophone Emma Rawicz is an award-winning young saxophonist and composer, already making waves on the UK music scene. She has been described as 'a force to be reckoned with' (Jazzwise) and 'a fast-rising star' (London Jazz News). At the age of 19 she has already recorded her eagerly awaited debut album featuring Ant Law, made up entirely of her original compositions, due to be released in early 2022. She has also created a name for herself both as a bandleader and a sideman. A new arrival on the scene, she has already made an impact, regularly playing at major London jazz venues with a wide range of established musicians. Emma is a recipient of the 2021 Drake Yolanda Award.

Emma is a natural performer and will be presenting music from her upcoming album, "Incantation” as well as her new project. 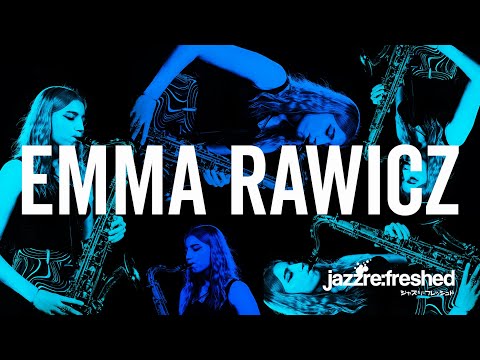 Ant Law - guitar British guitarist Ant is “a game changer” according to The Guardian. Since 2010 Ant has concentrated on making a living playing guitar, eventually moving to London and immersing himself in the scene there and touring internationally. He has also lived in NYC for a season where he studied with his heroes Ari Hoenig, Ben Monder, Adam Rogers, Lage Lund, Johannes Weidenmueller, His 4th album ‘The Sleeper Wakes’ (Edition Records) was released on the 24th July 2020 to great acclaim. Tour booking is now underway for 2022.

Gareth Lockrane – flute Gareth has been described as ‘flute phenomenon’ (London Evening Standard), ‘formidable’ (The Guardian) and ‘an exceptional soloist’ (Jazzwise).  Gareth started playing at the age of 10 and after raiding his Dad’s record collection discovered jazz at the age of 14.  Gareth formed the award-winning Grooveyard with Saxophonist Alex Garnett in 2002 and founded his own septet which released the acclaimed album ‘NO MESSIN’ in 2009; he has also formed his own big band.  As a sideman Gareth has been involved in many diverse projects – such as the late great Bheki Mseleku’s group, the James Taylor Quartet and Phil Robson’s IMS Quintet to name just a few.

Scottie Thompson - piano Scottie Thompson is a pianist and composer from Portsmouth. He has performed music in a wide range of styles at prestigious venues such as the Lansdowne Club and Buckingham Palace, and last year played a set of original music with his trio as part of EFG London Jazz Festival. He has also won various composition awards, some of his arrangements having been played on BBC Radio 3 and Classic FM in recent years.

Scottie is currently studying at the Royal Academy of Music in London; here he has been honing his skills in performance, composition and production, and has had the opportunity to play with exciting like-minded musicians.

Hugo Piper – Bass guitar Hugo Piper, bass guitar, is a recent graduate from Trinity Laban Conservatoire of Music & Dance. He performs and records across London and the UK in a variety of contexts, spanning a range of playing styles. Through growing up in a mix of playing circumstances, Hugo takes inspiration from a wide gamut of music, from jazz and rock, to folk and choral music.

Jamie Murray - drums Jamie Murray is one of the great upcoming drummers on the scene today. A forward thinking and conceptual player with a solid groove style yet he has an open-minded approach to free experimentation. His performances are always fresh and exhilarating. Jamie has a strong sense of writing, his compositions are personal and original with an Electronic/Jazz/Fusion style attached to them.

Immy Churchill – vocals Immy Churchill is a jazz singer and singer songwriter studying at The Royal Academy of Music. As a member of The London Vocal Project, Immy has played with the likes of Norma Winstone and Dave Holland and has recently been involved in Jon Hendricks’ Miles Ahead. As a soloist she has performed in The London Jazz Festival with her trio and also alongside Liane Carole. She has also performed with a range of ensembles at major jazz venues across London. Her influences range from Joni Mitchell and James Taylor to Ella Fitzgerald and Norma Winstone, providing her with a wide breadth of musical knowledge that sets her apart as a vocalist.